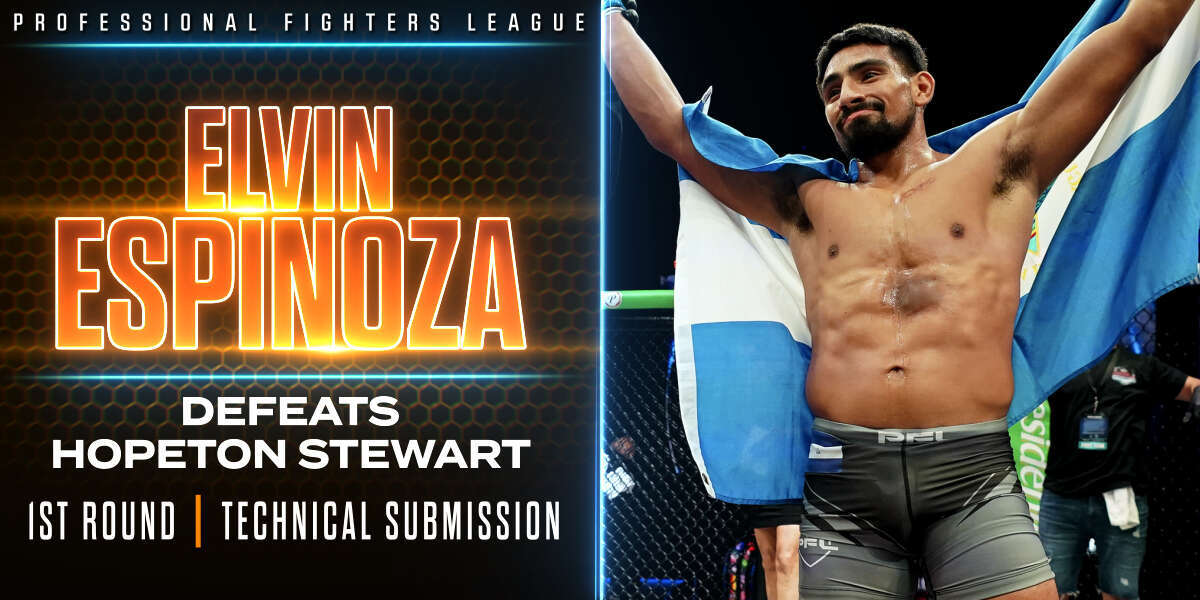 Kicking off the night’s festivities on ESPN+, Stewart and Espinoza promised to bring the type of high-octane action fans crave. In their combined 10 professional victories, they’ve registered nine finishes, making blinking optional for the duration of the scrap.

They come out swinging. After trading strikes on the feet for 20 seconds, Espinoza dives for a takedown and gets it with a strong body lock, landing in side control and immediately transitioning to mount. Stewart bucks and gives up his back, and Espinoza pounces, sinking in his hooks. He crosses his feet, and Stewart notices as he looks for an ankle lock. No go.

Stewart scrambles, and the sequence ends with Espinoza in Stewart’s full guard. Espinoza works some strikes from the top before passing to side control, where he’s looking to trap an arm. He moves to the back and looks for the rear-naked choke, and it looks close.

It’s in. Stewart doesn’t tap, the arm goes limp, and referee Keith Peterson notices. The fight is over.

Strong work from Espinoza to kick off the fight card. He took Stewart to the mat, and despite some tough defense and scrambles, he dominated the action, sinking in the rear-naked choke and ending things midway through the first round.