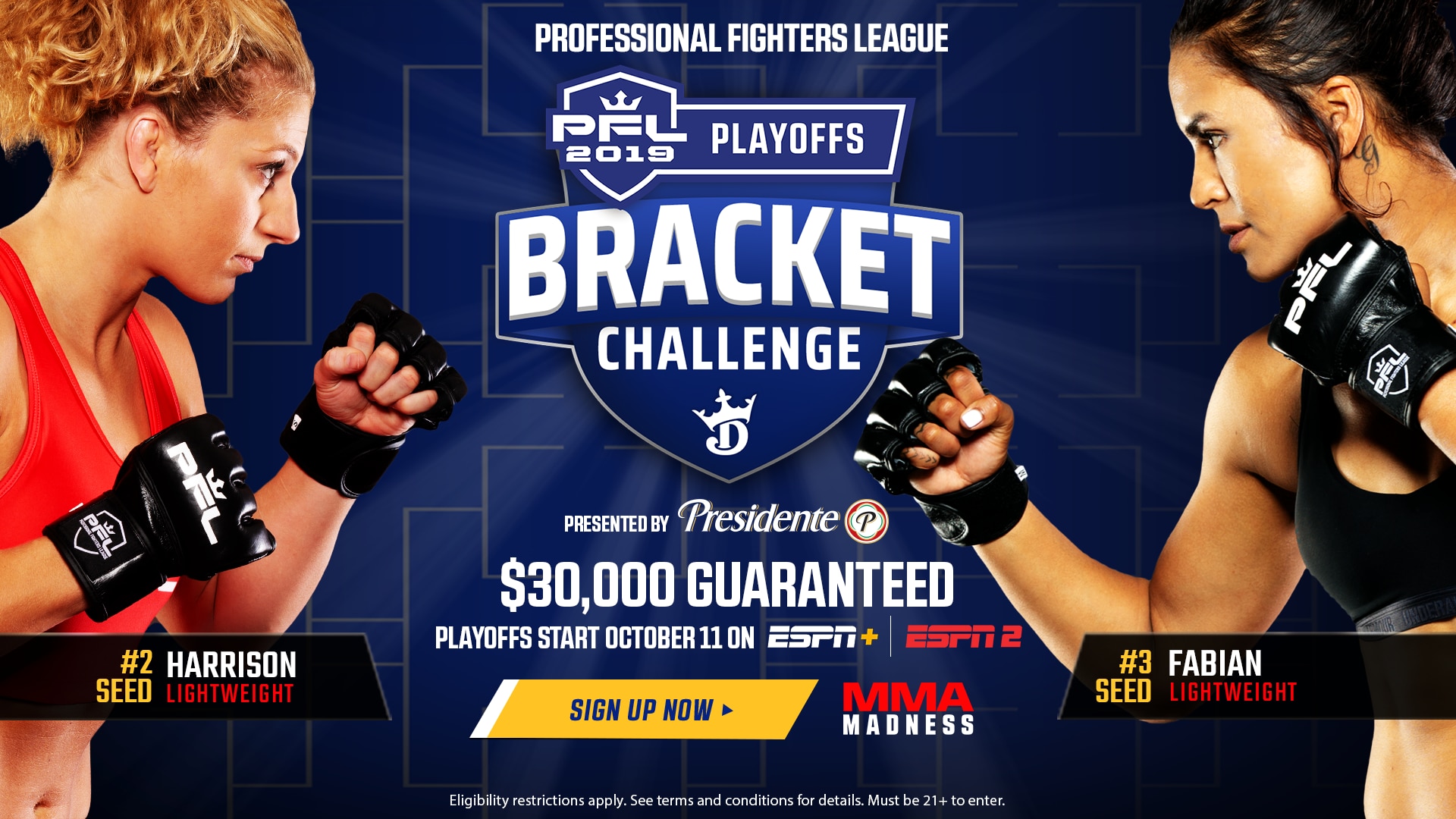 The Professional Fighters League announced the continuation of its partnership with DraftKings on Wednesday to feature pick’em style games aimed at increasing fan engagement for the upcoming PFL playoffs and championship.

The PFL is a league-based MMA promotion where fighters compete in a different format than typically found in fighting sports. That format includes a regular season, playoff and championship structure where fighters in each weight class compete for points by facing off against each other until a season winner is crowned.

Instead of rankings or one-off promotions done on a fight-by-fight basis, the PFL features overall season standings such as those found in traditional team sports like MLB baseball. At the end of the regular season, which consists of two fights, the top athletes in each weight class compete against each other in the playoffs until a world champion is crowned.