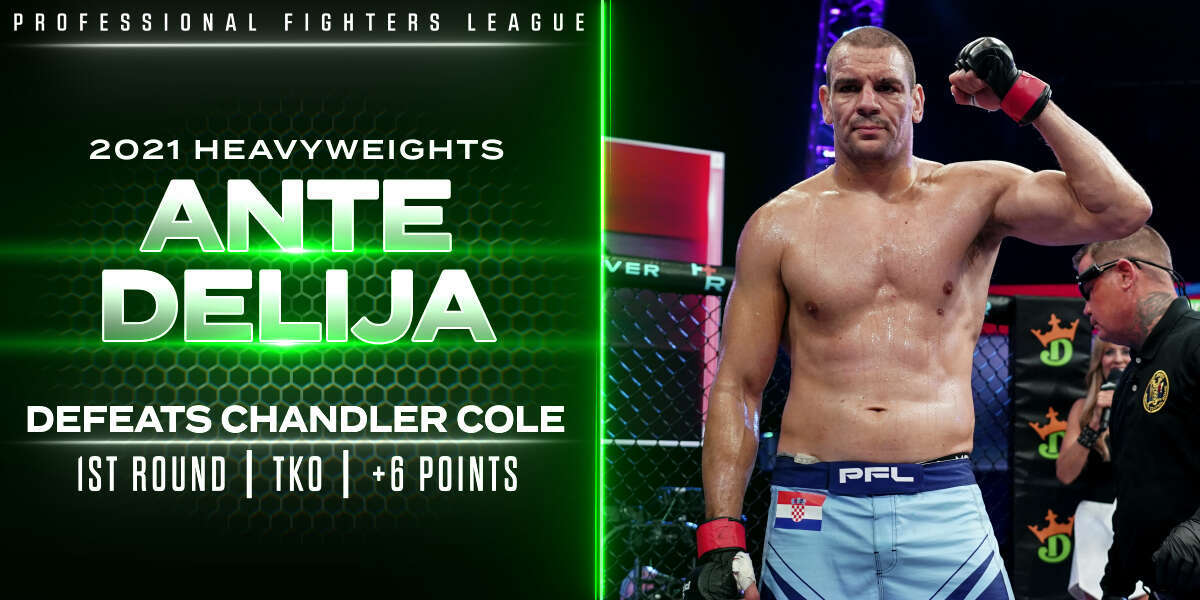 Delija lost his opening-round matchup to Bruno Cappelozza, while Cole made his PFL debut Friday evening, meaning that both men needed an early finish if they wanted any shot at the 2021 PFL Playoffs.

Cole defeated Conway Beaudry via first-round TKO at SMMA 20 on May 22, and he took this PFL 6, 2021 fight with Delija on less than two weeks’ notice. It’s a risky move — but would it pay off against Delija?

Cole runs out of his corner and immediately presses forward, winging an overhand right. It misses, but he maintains pressure and shoots for a takedown, pressing Delija against the fence. Delija digs his underhooks and thwarts the attempt, but Cole hits a beautiful Salto throw. Delija counters and uses the momentum from the toss to get back to his knees, and he’s now on top, raining down shots.

Cole gets back to his feet and lifts Delija for a big slam, but Delija once more avoids any further punishment and escapes immediately, landing heavy shots on Cole in the process.

Another takedown attempt from Cole, and this one’s nowhere close. Cole flops to his back, and Delija pounces, firing away with heavy ground-and-pound. Cole’s covering, but he’s doing nothing else, giving referee Keith Peterson no choice but to call it as Delija continues to hammer away.

Delija saw the opportunity, he took it, and he was rewarded.

With the first-round finish, Delija earns six points and catapults into the top four of the Heavyweight standings, qualifying for the 2021 PFL Playoffs — for now.