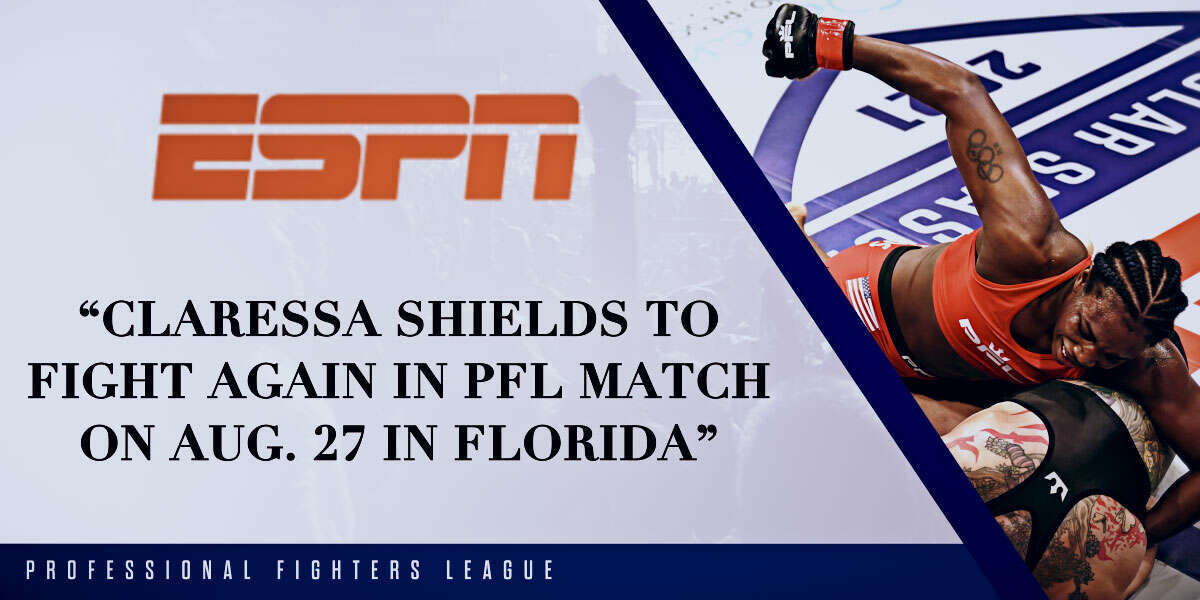 Claressa Shields to fight again in PFL match on Aug. 27 in Florida

Claressa Shields isn't wasting any time getting back in the cage.

Less than two weeks after her MMA debut, the boxing standout is now booked for a return to PFL on Aug. 27 at the Seminole Hard Rock in Hollywood, Florida, promotion officials told ESPN.

No opponent has been named yet. The news was first reported by MMA journalist Ariel Helwani.

Shields rallied for a third-round TKO win over Brittney Elkin in her MMA debut June 10. Elkin was beating Shields handily on the ground before Shields was able to stop a takedown in the third round and slam Elkin with punches from her knees en route to the finish.