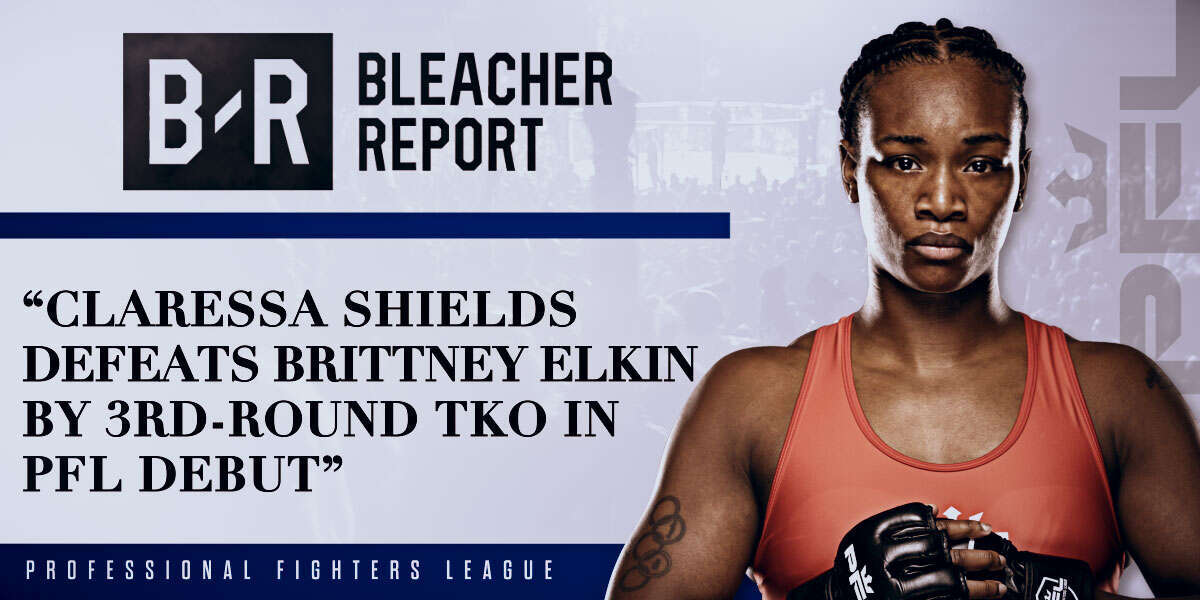 It wasn't always pretty, but Shields showcased her potential as a striker while finding some other areas of her game to work on.

Shields got off to a slow start. After stalking Elkin in the early moments of the first round, she had her takedown defense tested early.

As soon as the former Olympian opened up with her strikes, Elkin reacted with a takedown which was successful. Shields was able to work her way up to the feet on that one. The second one, turned out to be trouble for her.

Elkin got to mount and was active in looking for the upset with several strikes.