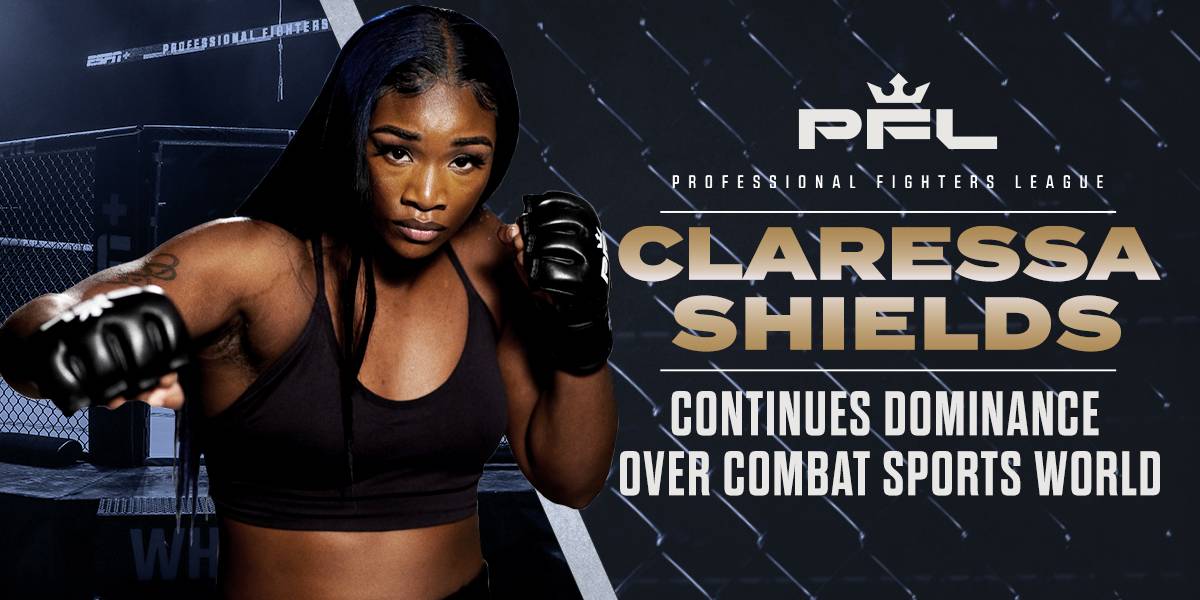 One of the world’s most dominant athletes continued to add to her trophy case on Friday, as undefeated Claressa Shields cruised to a lopsided decision win over Marie-Eve Dicaire in their 154-pound super welterweight title unification bout.

The GWOAT was DOMINANT in her victory 🐐@ClaressaShields outlanded Marie Eve Dicaire 116 punches to 31 on Friday night. (via @FiteTV) #ShieldsDicaire pic.twitter.com/dqwiYPiUEm

The 25-year-old Shields — who has inked a three-year deal with the Professional Fighters League for MMA competition — handed the Canadian Dicaire her first loss as a professional and in the process became the first fighter to become a simultaneous, unified champion in two weight classes. The two-time Olympic gold medalist entered the contest in possession of the WBC and WBO titles and left the ring with Dicaire’s IBF belt, as well as the vacant WBA strap. Shields also holds all four championships in the 160-pound middleweight division.

In her 11th outing as a professional, the Flint, Mich. native put on the most complete performance of her career to keep her unblemished record intact. She battered Dicaire with hooks throughout the bout and the result was never in question. All three judges gave Shields every round in the 10-round affair. “I am the new undisputed champion at 154. First boxer in history to do it. Undisputed twice,” proclaimed an exuberant Shields in her post-fight interview.

Having run through everyone put in front of her in the boxing ring, Shields will next turn her attention to the PFL cage. She has trained Brazilian Jiu-Jitsu under Roberto Alencar and spent time at JacksonWink MMA in Albuquerque, N.M. Shields has worked alongside former boxing titleholder and UFC champion Holly Holm in preparation for her MMA debut, which is expected to come this summer.

“What drew me to the PFL is that it is definitely a fighter-first organization, and I can’t wait to be a part of that. Since turning pro it has been my goal to be the ‘GWOAT’ and to be a two-sport star like Bo Jackson and Deion Sanders,” said Shields when she joined the promotion. “I want to go where no man or woman has gone and hold championships in both boxing and MMA at the same time.”

PFL’s 2021 Regular Season returns on Friday, April 23 with action in the men’s featherweight and lightweight divisions. The ESPN+ card airs live at 5:30 p.m. ET, with the night’s ESPN2 card kicking off at 9 p.m. ET.