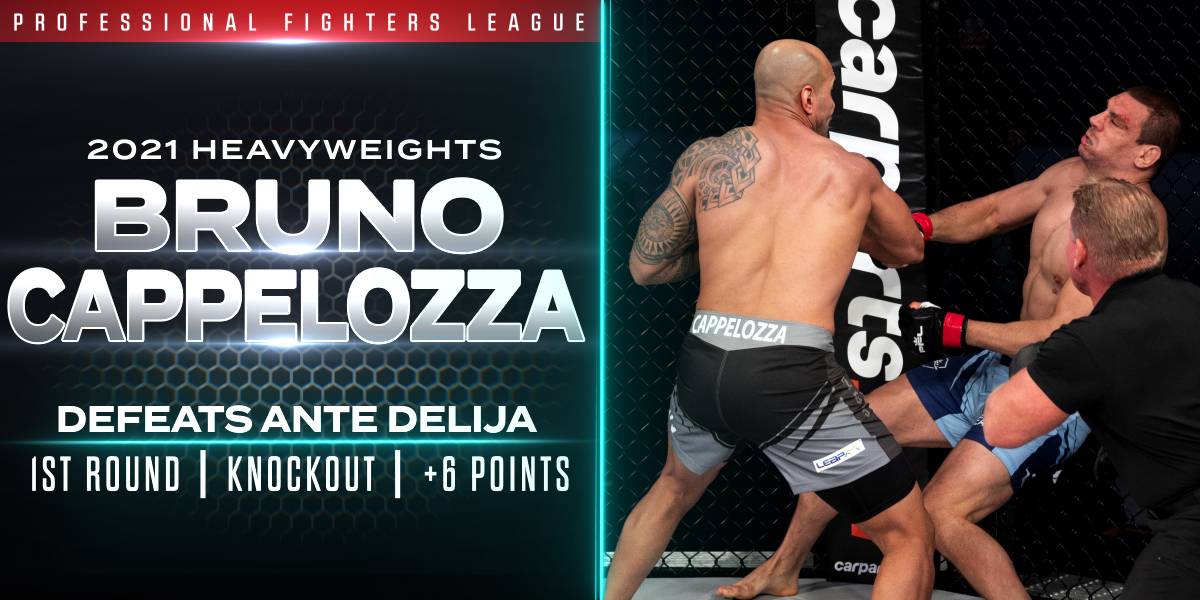 The third event of the PFL Regular Season hosted a Heavyweight clash between Brazilian slugger Bruno Cappelozza (11-5) and well-rounded Croatian Ante Delija (17-4). Delija appeared in the 2019 Regular Season, but was forced to withdraw after just a single victory. Cappelozza made his League debut after stopping all 10 of his prior career wins via strikes.

Cappelozza wasted no time coming forward. Delija launched a heavy jab-cross combination to back up the Brazilian. A heavy right hand from Cappelozza hurt Delija and he smelled blood. He flurried with looping punches as Delija backed to the fence. A left hook and right straight connected and the referee was forced to save Delija from further punishment.

Cappelozza was ecstatic with the lightning-fast finish. He celebrated as a dejected Delija recovered from the knockout defeat. The victory earned Cappelozza six points in the Heavyweight standings, as well as the fastest stoppage in division history.