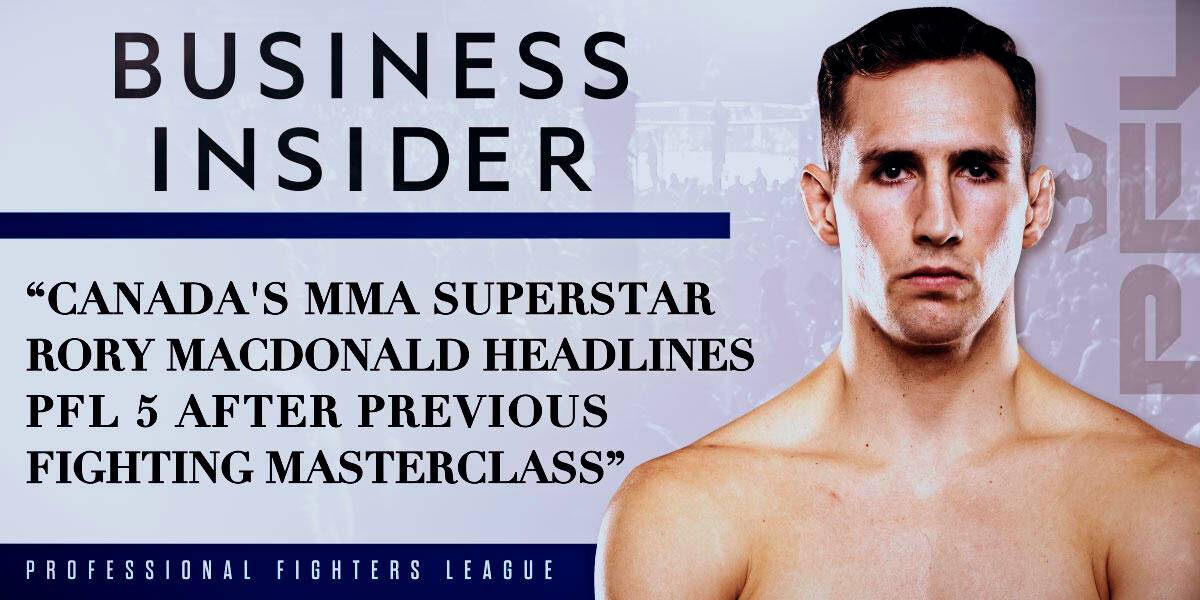 Canada's MMA superstar Rory MacDonald headlines PFL 5 on June 17 after a fighting masterclass on his PFL debut last month, in which he defeated Curtis Millender by rear-naked choke submission in the very first round.

PFL MMA is a relatively new entrant in the combat sports landscape but offers an alternative structure to the traditional one-on-one match-ups commonly seen in the UFC, where fighters compete for victories that can propel them up a rankings system until they could, one day, secure a title shot.

By contrast, PFL adheres to a league system not dissimilar to the NFL as it uses a regular season, a playoffs, and a finals. The end-of-season finals, contested on New Year's Eve, have a $1 million check at stake for athletes in five male weight classes, and one female division.