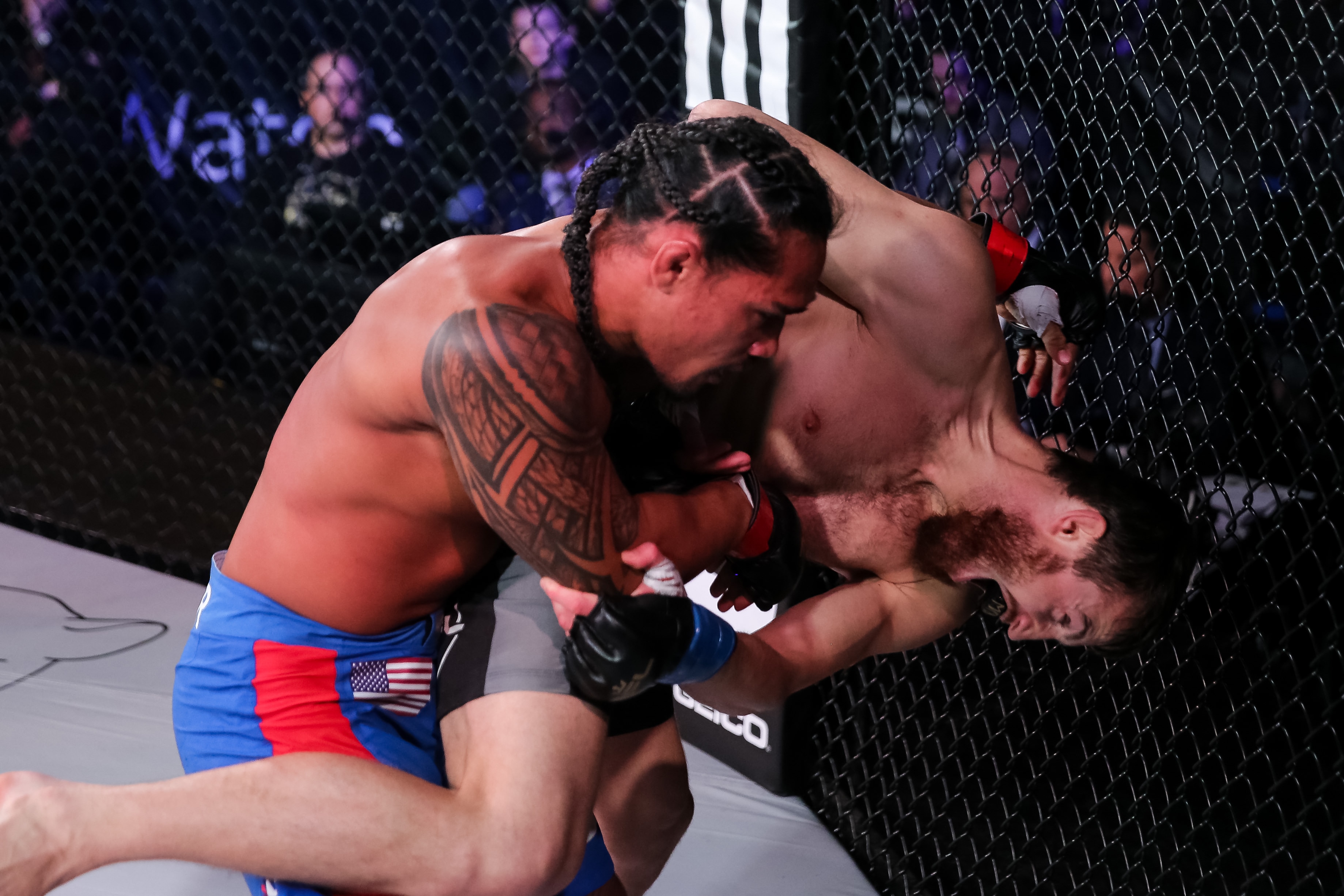 NEWS | By The Numbers: Magomed Magomedkerimov

Magomed Magomedkerimov had never been knocked out in his 28-fight career. However, in the Professional Fighters League welterweight tournament finale, he was the underdog against the dreaded finisher Ray Cooper III, who previously defeated Jake Shields twice in mere months.

Sure, Magomedkerimov has an iron chin, but Cooper III was unlike anyone he had ever faced. In their recent encounter at the Hulu Theater inside Madison Square Garden, he endangered Cooper III twice. The first opportunity came via a rear-naked choke in the first round. Finally, in the second frame, he was able to sink in a guillotine choke that ended the tournament. With that upset, Magomedkerimov became one of PFL’s new millionaires. Get to know more about the newly-crowned Russian world champion through these numbers.