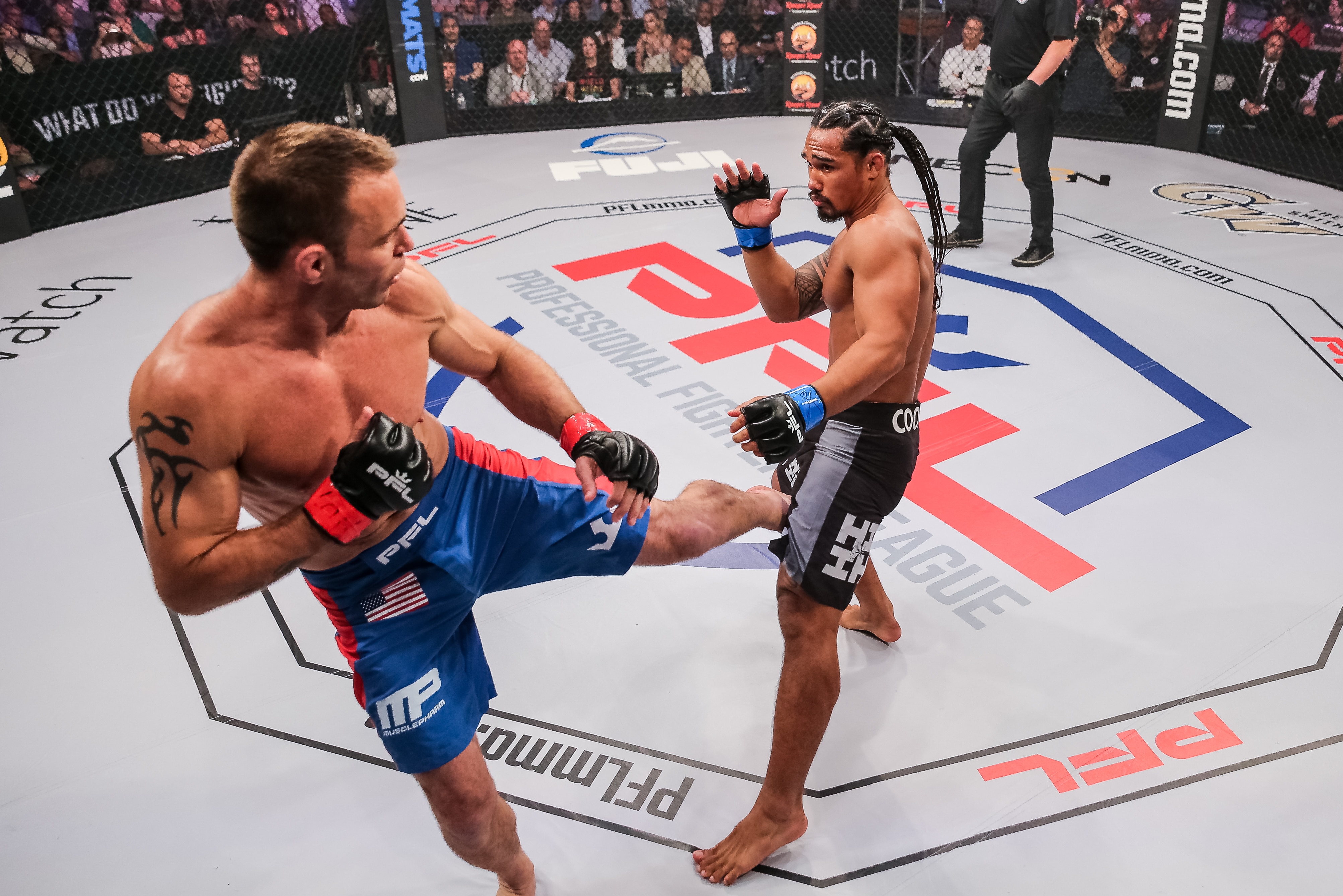 By the Numbers: Jake Shields

Jake Shields has one thing in mind when he steps inside the PFL cage on Oct. 20: avenge his loss to Ray Cooper III.

In the past, Shields has been successful once with a rematch, and that’s against his opponent’s own father, Ray Cooper. As the Cesar Gracie Fight Team charge tries to repeat history at the Entertainment and Sports Arena in Washington D.C., ponder on some numbers that have made him such a reliable and crafty veteran:

11: Years as a Brazilian jiu-jitsu black belt. He earned the rank in February 2007 from Professor Cesar Gracie.

4: Other fighters and fellow Cesar Gracie students with whom the group “Skrap Pack.” It includes Gilbert Melendez, David Terrell and the Diaz brothers.