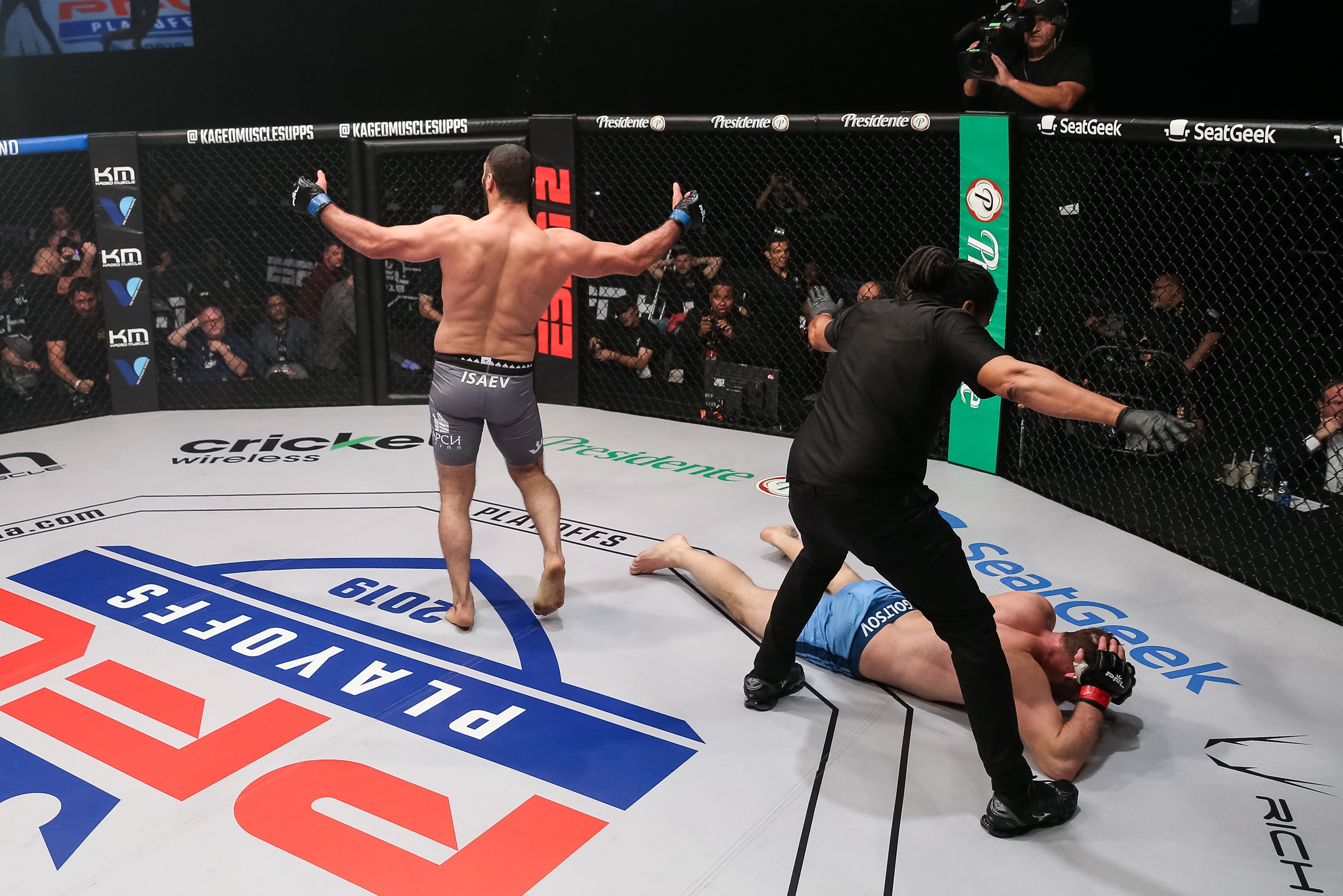 Ali Isaev, a Russian wrestler, scored a wild, dramatic, buzzer-beating knockout win over his opponent Denis Goltsov at Professional Fighters League 9 (PFL) to become one of 12 athletes competing for a $1 million payday at the end of the year.

Isaev fought twice in one night Thursday to win a place at the PFL 10 event on December 31 at the Hulu Theater, Madison Square Garden, New York. Earlier in the evening he had beaten Kelvin Tiller by decision.

Isaev needed the finish, which he scored with just one second left on the clock, as he may well have been trailing on the cards after an edgy fight with Goltsov.