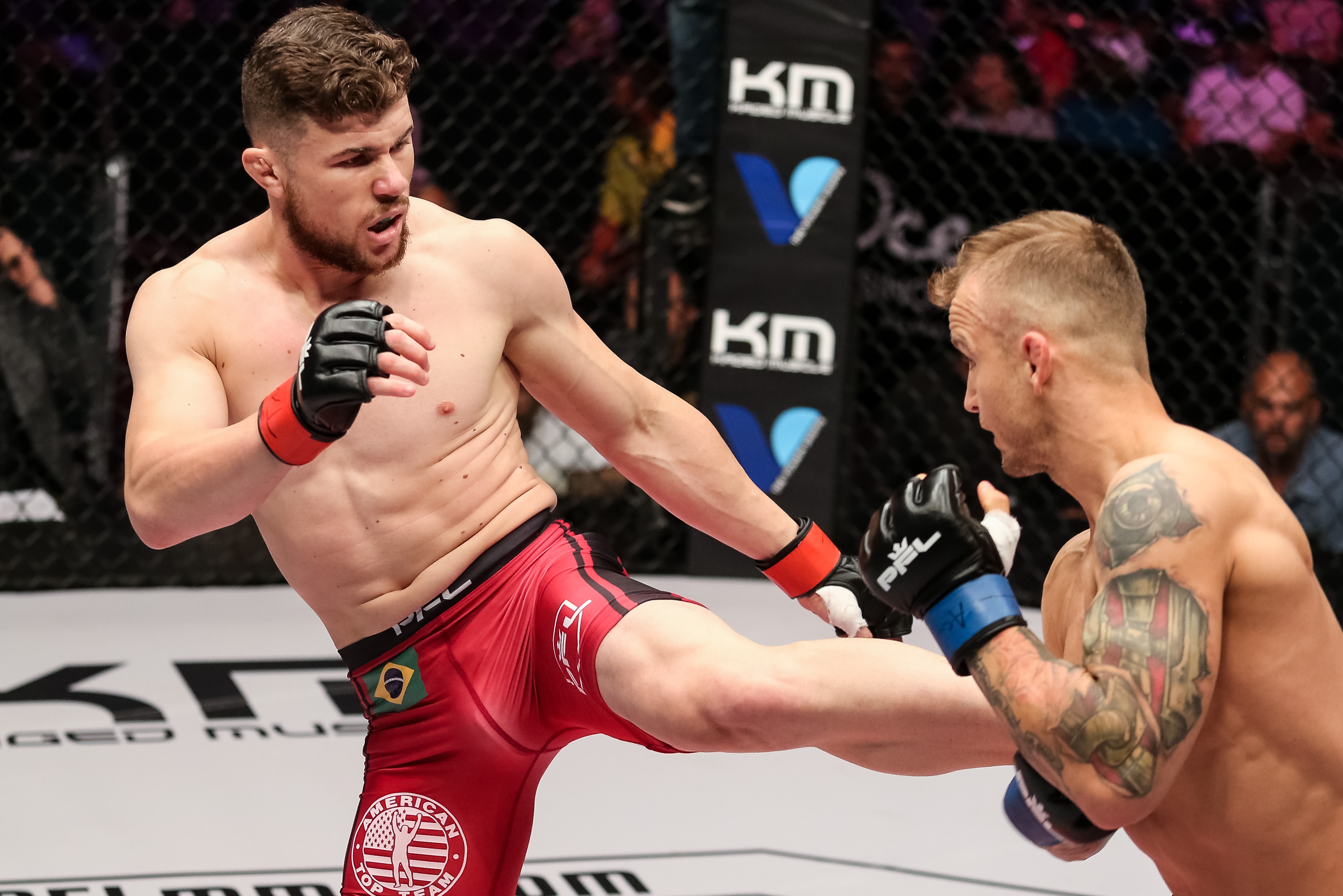 NEWS | Breaking down the PFL lightweight and featherweight playoff brackets

Two-thirds of PFL's playoff brackets are set, and the promotion's October postseason has become very interesting.

The lightweight and featherweight divisions -- two of the best weight classes in PFL -- completed their regular season last Thursday night with a mix of some obvious outcomes and a few surprises along the way. Both of the defending champions -- Natan Schulte and Lance Palmer -- are the No. 1 seeds in their respective brackets, but they will certainly have game challengers.

The quarterfinals and semifinals for the 155- and 145-pound divisions are scheduled for Oct. 17 in Las Vegas. In order to make it to the $1 million championship bout, fighters will have to win twice in a single night at Mandalay Bay.