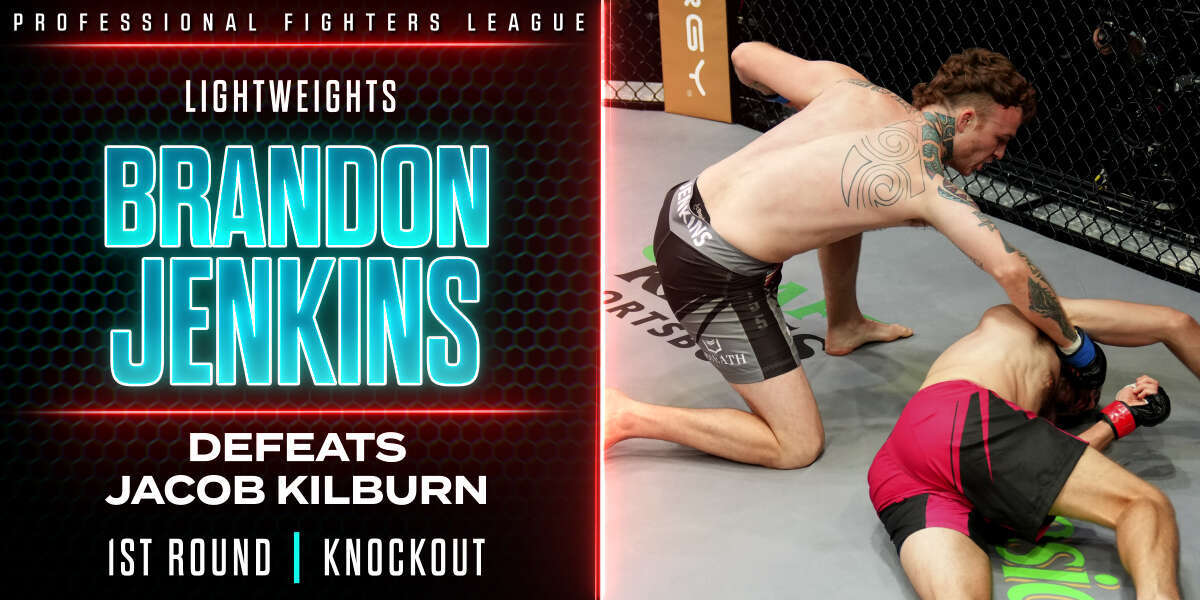 Friday night's PFL event kicked off with a non-playoff bout in the lightweight division as newcomers Jacob Kilburn and Brandon Jenkins made their debuts under the Professional Fighters League banner.

Kilburn enters PFL off of a two-fight stint in the UFC, while Jenkins, a six-fight LFA veteran, looks to pick up his second win in a row.

Always looking for the finish, Jenkins earned the nickname "The Human Highlight Reel" with 11 of his 13 wins by stoppage, including five in the first round. Kilburn has six of his eight wins coming from stoppage, so fireworks were expected to ring in the night.

Low kicks were exchanged out of the gate, before both men started to let their hands fly. After some clinch work against the cage, Jenkins used a knee to the body to break free. A wheelkick from Kilburn just missed as the leather continued to fly. Jenkins was looking to counter, while Kilburn was controlling the center of the cage and dictating the action. Kilburn landed a stiff left and moved forward with a barrage of punches, but Jenkins managed to stay calm. As the action reset, Jenkins landed a perfect flying switch knee right on the button. Kilburn crumbled to the mat and Jenkins landed a few extra shots before referee Gary Copeland stepped in to stop the fight.

The moment was not too big for Jenkins, who managed to stay calm and relaxed throughout the fight before living up to his nickname as “The Human Highlight Reel.” When the moment presented itself, Jenkins exploded with the fight-ending strike to put the lightweight division on notice moving forward.