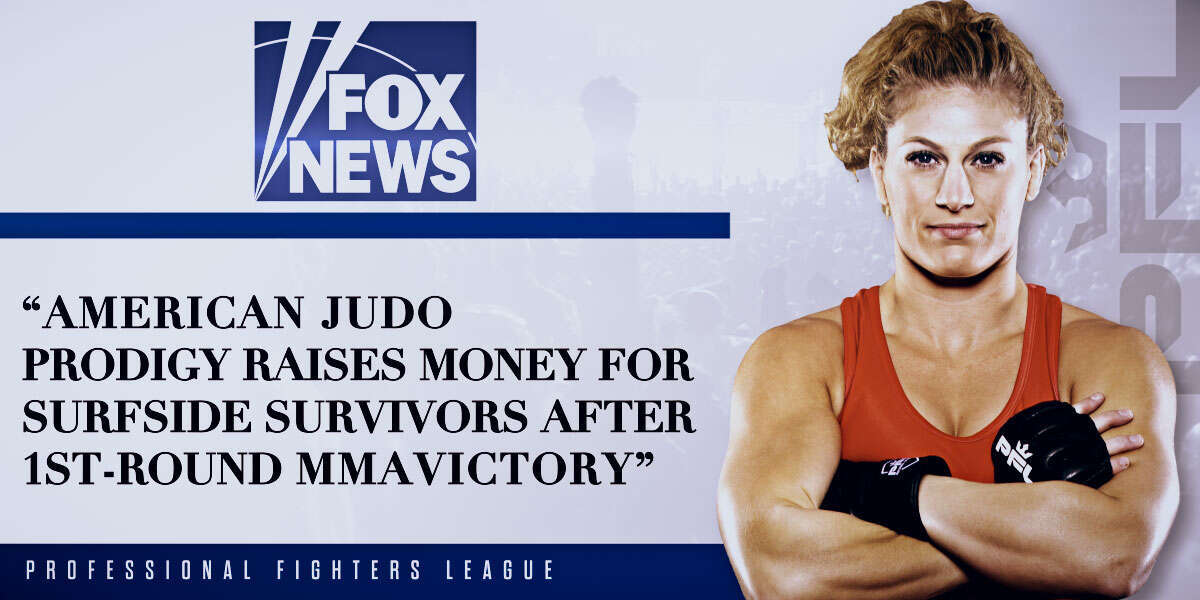 Judo champion Kayla Harrison is raising money for Surfside victims through her charity, the Fearless Foundation

A two-time Olympic gold medalist turned mixed martial artist appealed to fans after a first-round victory last week to donate to the victims of the condo collapse in Surfside, Fla.

Kayla Harrison, a former judo world champion who took home gold medals at the 2012 and 2016 Olympics, and at the 2011 and 2015 Pan American Games, was being interviewed in the middle of the ring after she defeated Cindy Dandois in the first round of their June 25 fight with an arm bar submission.

In a post-bout interview, after warning her Professional Fighters League competitors that she was coming for the throne, she turned and urged the audience to donate to the Champlain Towers South collapse victims.

"I encourage you guys to go and donate to the survivors," she said. "It’s a little bit of a tragedy here in our own country, so I encourage you all to donate, give what you can, and do your part."