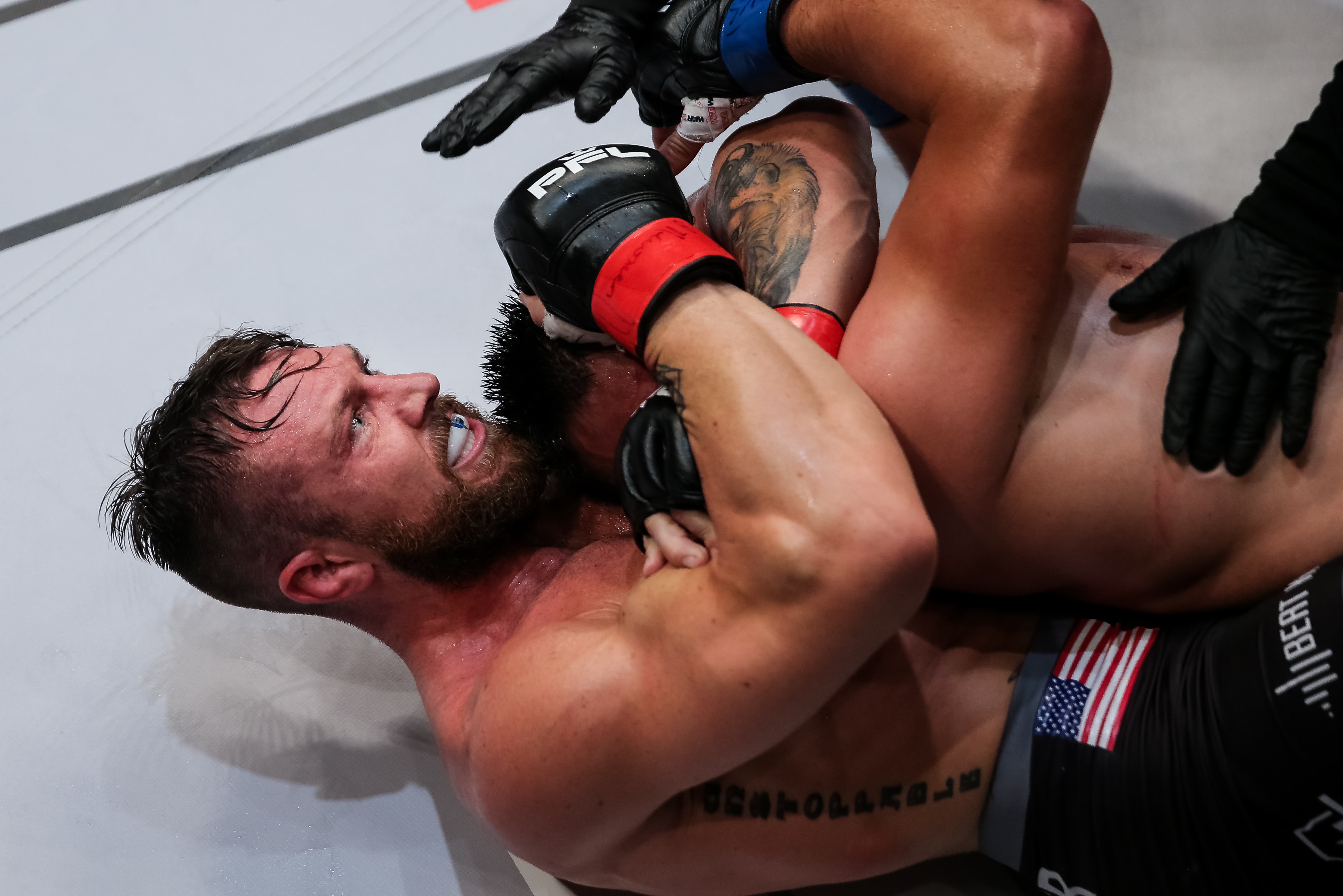 On August 7, 2018, Alex Gilpin walked into the UFC’s Training Center in Las Vegas and handled his business submitting JR Coughran in the second round via D’Arce choke. But it wasn’t enough for Dana White as he didn’t award a UFC contract to the 12-1 fighter.  For Gilpin not getting the contract was disappointing and frustrating, but he wasn’t going to sulk about it.

“The trend the entire season or the season before, you win you’re likely to get signed, you get a finish it’s almost a guarantee. There were several other finishes on the card, I had a tough opponent, that wasn’t really taken into consideration. Didn’t get the contract, was disappointed for about five minutes then realized what can you do about it?”

After the fight, Gilpin took his time to heal from an injury he suffered in the fight, got his weight under control to get ready for a short notice opportunity with the UFC. While he believes the opportunity would’ve came, Gilpin decided he was tired of waiting and he asked his manager to seek out a fight for him in the meantime or an opportunity with another large promotion and that opportunity came from the Professional Fighters League, for whom he will make his PFL debut on May 23 at PFL 2 which will air on ESPN Plus and ESPN 2.