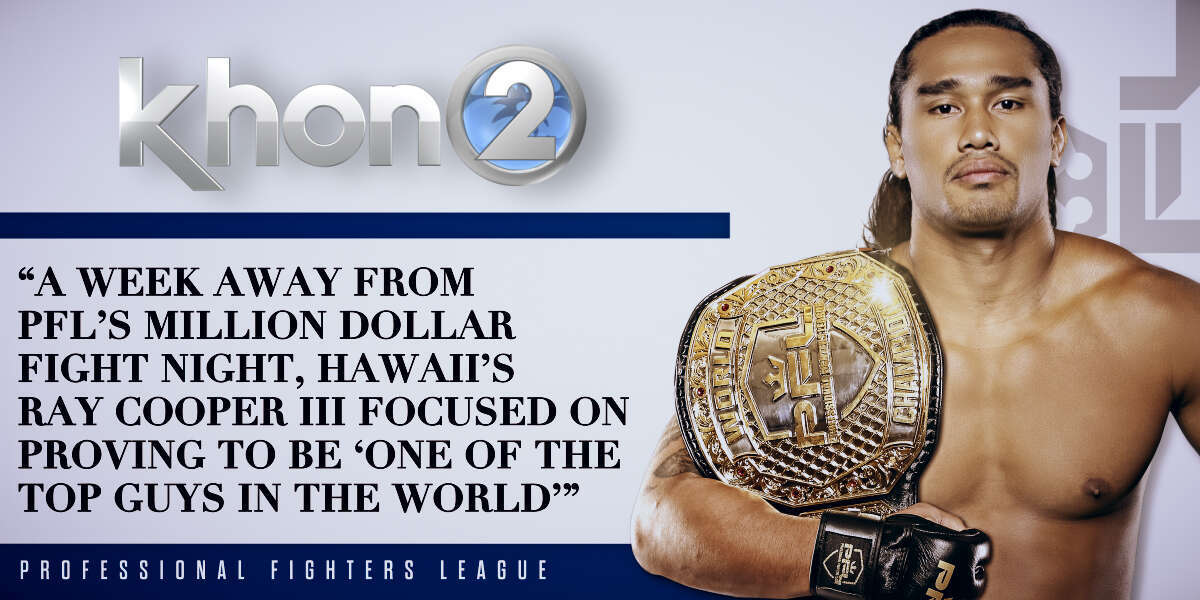 A week away from PFL’s million dollar fight night, Hawaii’s Ray Cooper III focused on proving to be ‘one of the top guys in the world

One week from tonight is fight night for Hawaii’s Ray Cooper III as the reigning PFL welterweight champion will look to make it back-to-back title in Florida.

The Pearl City native who won the $1-million grand prize in 2019 sat out the entire 2020 amid the pandemic and bulldozed his way into the finals for a third consecutive season by extending his winning streak to five.

Awaiting him in the championship round will be the same fighter that he lost to in the 2018 final, Russia’s Magomed Magomedkerimov.