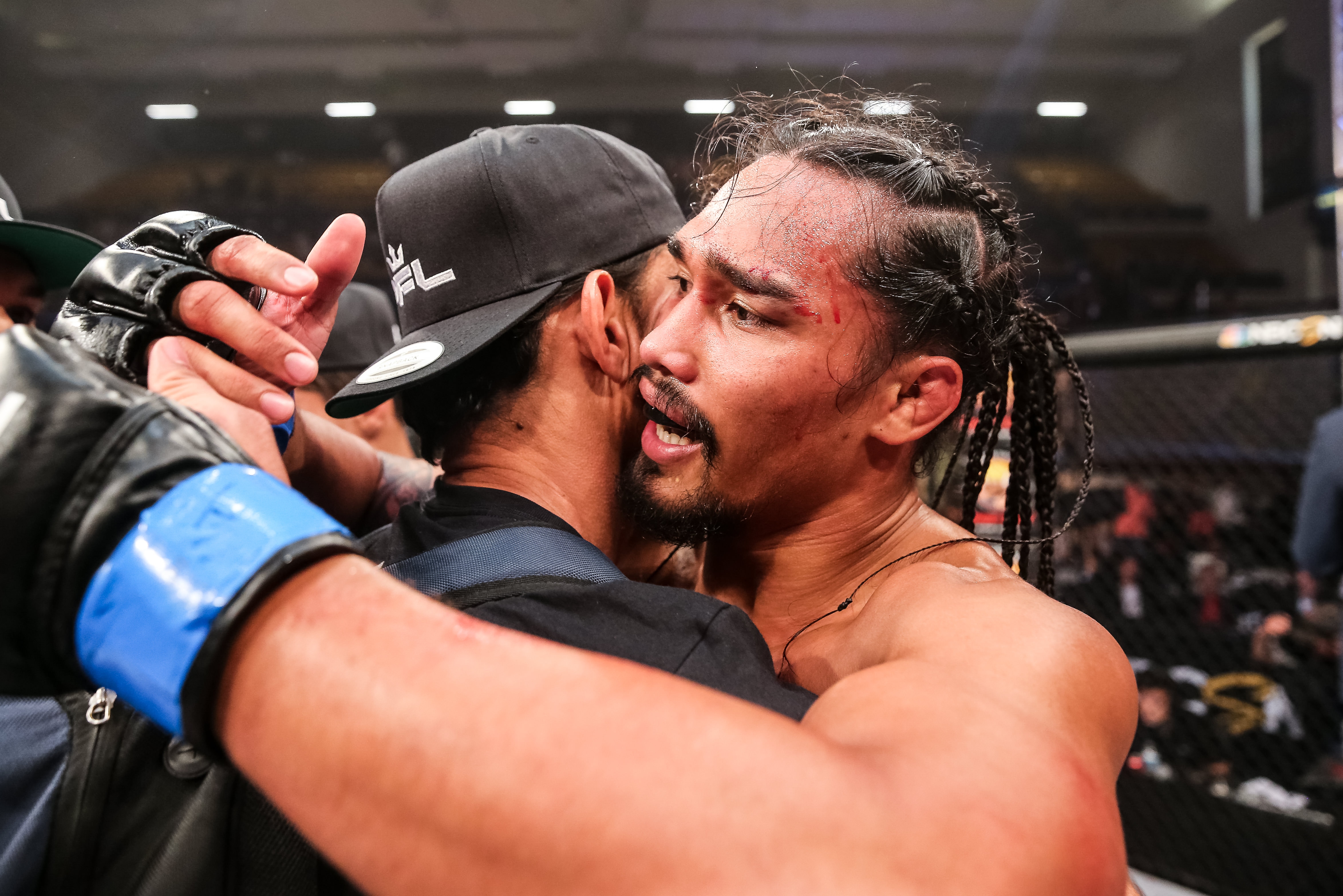 5 Things You Might Not Know About Ray Cooper III

Professional Fighters League’s Ray Cooper III is perhaps the frontrunner for 2018’s breakthrough fighter of the year. In his next contest, the 25-year-old prospect will face a familiar foe in Jake Shields on Oct. 20 at Entertainment and Sports Arena in Washington D.C.

In the build-up to the clash, here are five things that you might not know about the fighter known as “Bradda Boy.”

1. His wins have all come by stoppage.

Cooper III was still a teenager when he started his professional career back in July 2012 with a K). Eight seconds after the bell had sounded, his opponent was lying on the canvas, having fallen victim. The Hawaiian has stopped every opponent in bouts that he has won. 10 (67 percent) of his wins have come by KO, with a further 5 (33 percent) via submission.