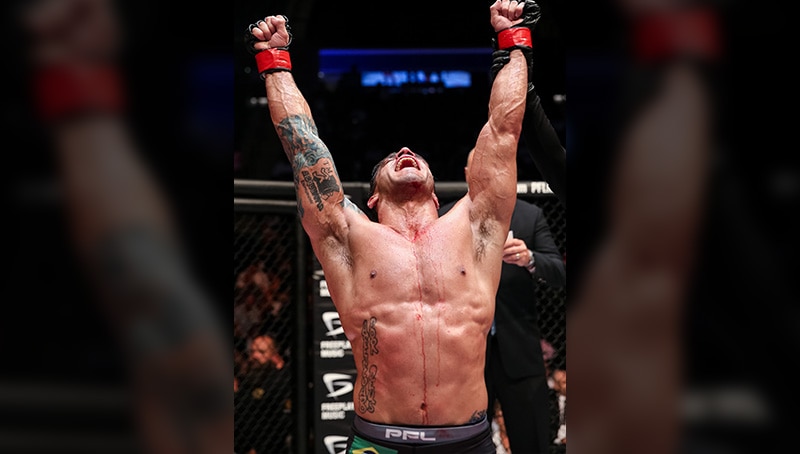 3 Things We Learned At PFL4

Kelvin Tiller Is a Legitimate Threat in the Heavyweight Division

Kelvin Tiller entered the PFL 1 season as a relatively unknown heavyweight out of Kansas. After his first-round knockout over Caio Alencar at PFL 1 on June 7, people classified him as a knockout artist. “The Momma’s Boy” does have heavy hands, but he entered Thursday’s bout against Jared Rosholt with five submission wins on his resume.

In the first round, Tiller took down the three-time NCAA Division I All-American wrestler. While Rosholt gained top position, Tiller threatened with an armbar and didn’t absorb excessive damage. In the second round, Rosholt opted to try and get the fight back to the ground but Tiller locked on a guillotine choke scoring his sixth career submission finish. With the win, the 28-year old secured the second seed in the upcoming season 1 playoffs.

Steven Siler’s first bout of the season against Magomed Idrisov at PFL 1 wasn’t going his way. Idrisov landed combinations at will and dropped Siler late in the opening frame. Silver was nearly finished with follow-up strikes but managed to recover enough to slap on a triangle choke that pulls a victory out of the clutches of defeat. On Thursday, Siler faced Alexandre Almeida at PFL 4.

Like Idrisov, Almeida was landing shots on Siler in the early going of the opening round. He looked for a takedown and Siler quickly applied a guillotine choke. It was in deep and referee Dan Miragliotta looked on closely. Twice he checked to see if Almeida’s arm was limp before stepping in to stop the fight. Almeida didn’t tap out and protested the stoppage, but the first-round win earned Siler the top seed in the featherweight playoffs. The unlikely favorite entered the season coming off back-to-back losses.

Andre Harrison’s The Featherweight Favorite on Paper Heading Into Playoffs

The featherweight playoff picture is cloudy. Steven Silver earned the top seed with first-round finishes in his two fights while Lance Palmer secured the second seed with finishes in the second and third rounds of his regular-season bouts. The third seed, Andre Harrison, holds wins over both of them.

Harrison narrowly defeated Siler when the two fought in March 2016. He took home a split decision and the Titan FC featherweight title. Harrison defeated Palmer a year later, in March 2017, by unanimous decision to capture the World Series of Fighting featherweight championship.

Palmer holds a unanimous decision win over Siler from a fight that took place in November 2017. He and No. 5 seed Alexandre Almeida have fought to a decision twice with each tasting victory. Despite the point totals and seeding, Harrison is looking pretty good heading into the playoffs.

The post 3 Things We Learned At PFL4 appeared first on Professional Fighters League.