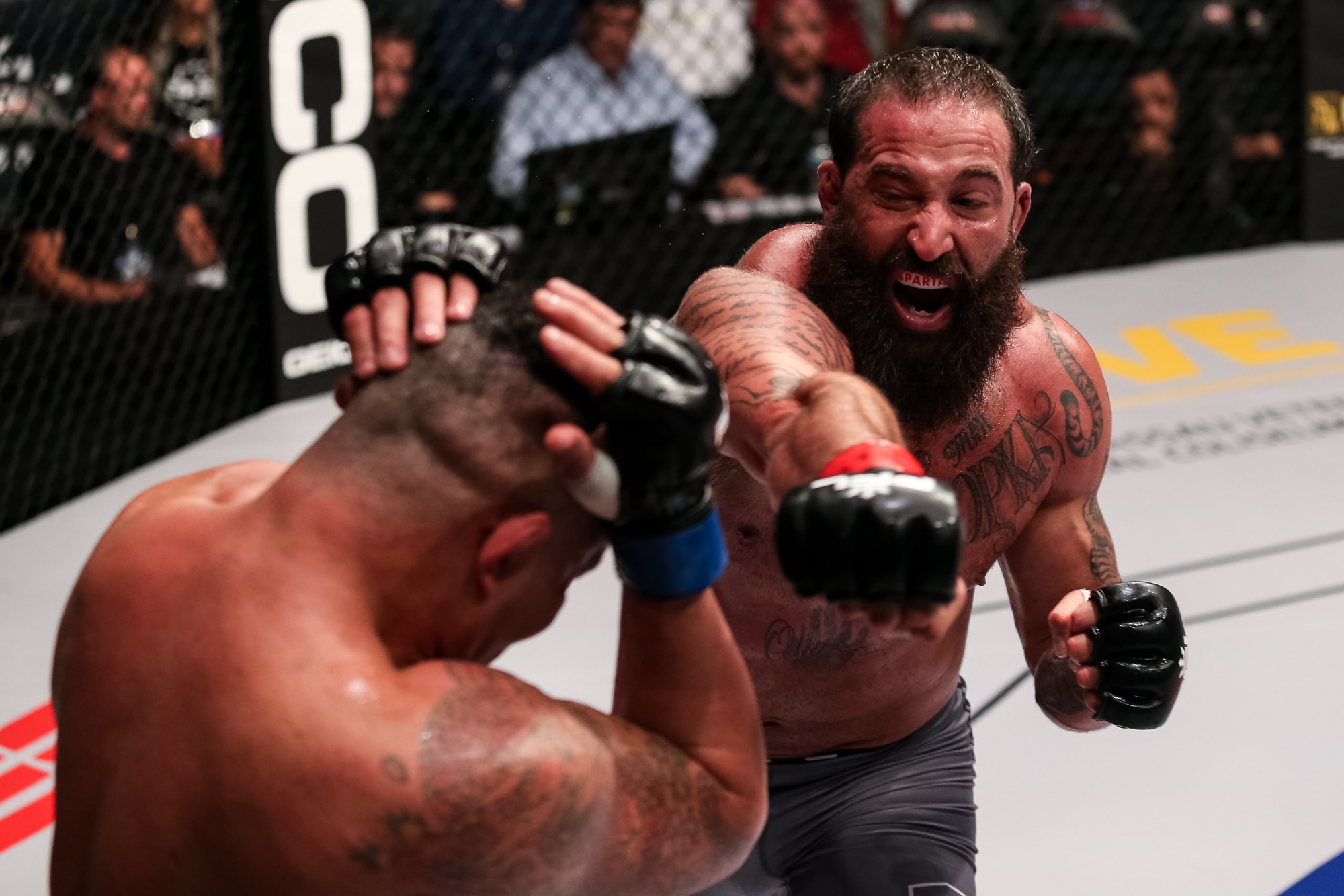 The Professional Fighters League returned for the third installment of its second season on Thursday, as PFL 3 took place live from NYCB Live’s Nassau Coliseum in Uniondale, New York. And once again, the action didn’t disappoint.

In the featured bout of the ESPN+ portion of the card, Emiliano Sordi, who was considered by many to be a bit of an underdog, upset the odds and defeated Vinny Magalhaes by second round TKO, earning himself five points in the light heavyweight division.

Also on the ESPN+ portion of the card, Kelvin Tiller submitted Muhammed DeReese with a kimura in the very first round to earn six points in the heavyweight division.

With the event now in the rearview mirror, let’s take a look at the five biggest takeaways from PFL 3.

On the ESPN 2 portion of the card, 30 year-old Jordon Johnson made his promotional debut in a 205-pound contest against Maxim Grishin.

Prior to joining the PFL, Johnson had compiled a 10-0 professional record including a 4-0 record in the UFC. Due to his past success, many expected him to be a player at light heavyweight in the PFL, but he suffered the first set back of his career on Thursday as he dropped a unanimous decision loss to Grishin.

Grishin, now 17-1-1 in his last 19 fights and 7-0 in his last seven fights, earned himself three points and could be a dark horse to watch out for in the light heavyweight division.

In the co-featured bout of the ESPN+ portion of the card, a heavyweight bout between Kelvin Tiller and Muhammed DeReese took place and it’s safe to say that Tiller made quite a statement.

Just minutes into the first round, Tiller was able to lock in a kimura hold during a grappling exchange and although DeReese attempted to scramble and escape, he was forced to tap. Tiller, now 11-2 overall and known as “The Mama’s Boy”, earned six points for the stoppage and was able to please his mother who was seated ringside.

And to make the victory even more impressive, Tiller revealed during his post-fight interview that he had suffered an injury last month that had seriously hindered his training.

“A month ago I got hit in my eye, I swear my orbital was broken,” Tiller said in his post-fight interview. “I couldn’t train for a month. … I still came out here and performed. It’s my time. I’m a future champion.”

former Brazilian jiu jitsu world champion, 34-year-old Vinny Magalhaes competed in the PFL’s inaugural season last year and won four consecutive fights, with all four of them ending via stoppage, on his way to the light heavyweight finals. In the end, however, he suffered a TKO loss to eventual champion Sean O’Connell.

Regardless, Magalhaes was once again considered a favorite in the 205-pound division heading into this season. On Thursday though, things once again didn’t go his way, as he suffered a second-round TKO loss to Emiliano Sordi.

With the victory, Sordi earned five points in the PFL light heavyweight standings while earning his 13th career victory by knockout and his 18th career victory by stoppage. On his career as a whole, Sordi now holds a record of 18-8 and is certainly a fighter to look out for at 205 pounds.

Heading into the PFL’s second season, the signing of Olympian Satoshi Ishii was a major storyline that drew the attention of fight fans around the world.

A gold medalist in Judo at the 2008 Olympic Games, Ishii, now 32-years-old, holds a professional record of 22-8-1 with 10 of those victories coming by way of submission. On Thursday, he added to that record, scoring a split-decision victory over Zeke Tuinei Wily on the ESPN+ portion of the card.

With the win, the veteran Ishii earned three points in the heavyweight standings and picked up his seventh-straight win. Moving forward, the Japanese-born Croatian fighter will look to continue to make noise in the PFL.

SPARTAN LIVES TO FIGHT ANOTHER DAY

In the featured bout of the ESPN 2 portion of the card, heavyweights Francimar Barroso and Alex Nicholson did battle.

In what was a closely fought affair, Barroso narrowly took the nod with a split-decision victory. With the victory, he earned three points in the heavyweight division and improved his professional record to 23-7-1 with one No Contest.

A former UFC veteran, Barroso, who sits at 39-years-old, may be nearing the tail end of his career given his age, but he remains an experienced and tough fighter nonetheless. Nicholson, on the other hand, now holds a 13-8 professional record and will need a strong finish in his second fight to secure a spot in the playoffs.