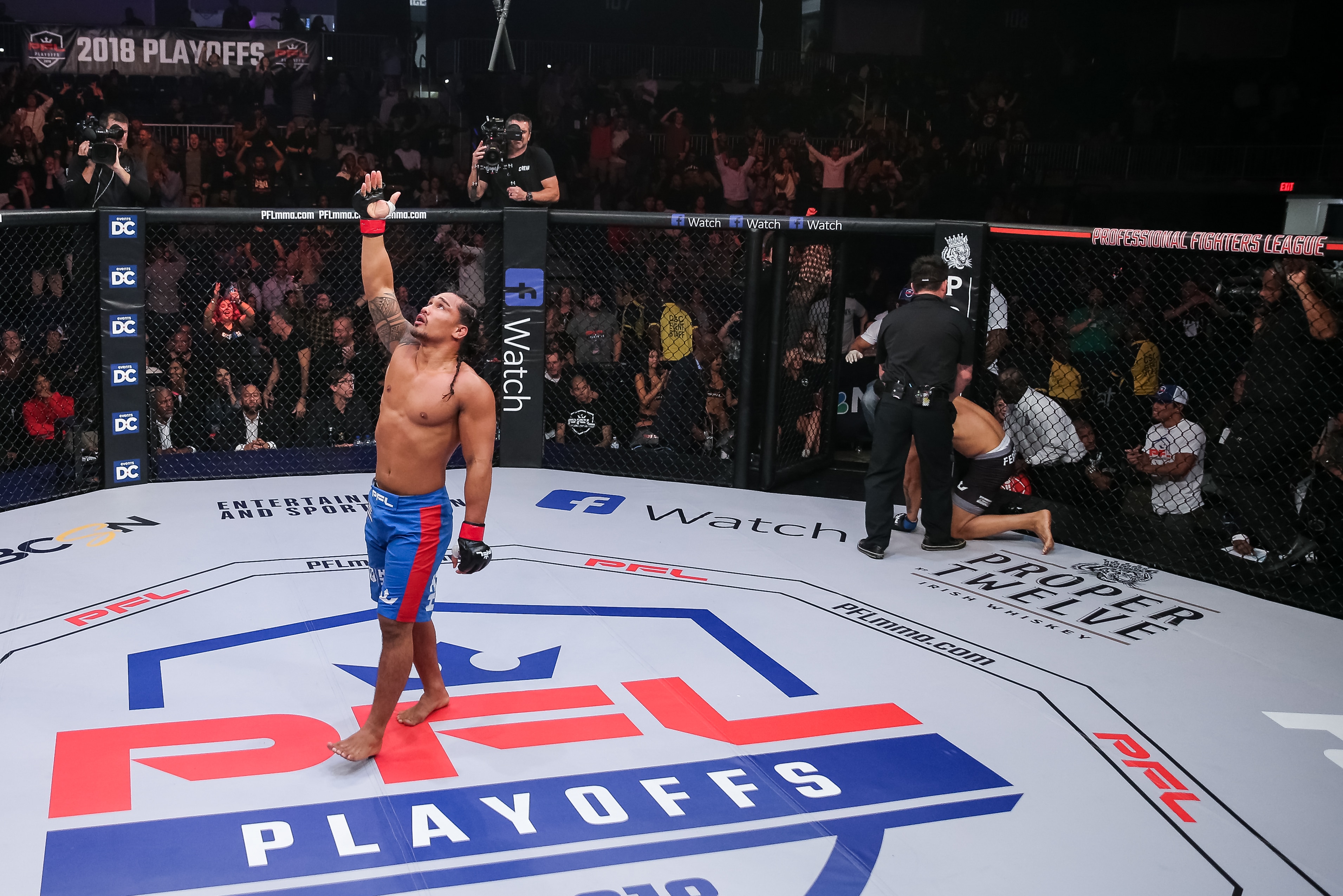 NEWS | 10 fights to watch in December

For many people, December is the busiest month of the year. They appear to be running non-stop from one event to the next, their calendar filled with holiday parties and yearly traditions.

The MMA calendar isn’t much different. Several organizations have saved some of their best events and biggest matchups for December.

When the PFL announced the 12 fighters who would comprise their 2018 season welterweight field, Jake Shields was the betting favorite. Unfortunately for Shields, he was matched up with Cooper, the son of one of his early career victims. “Bradda Boy” entered the bout as a massive underdog but defied the odds when he knocked out Shields in the second round.