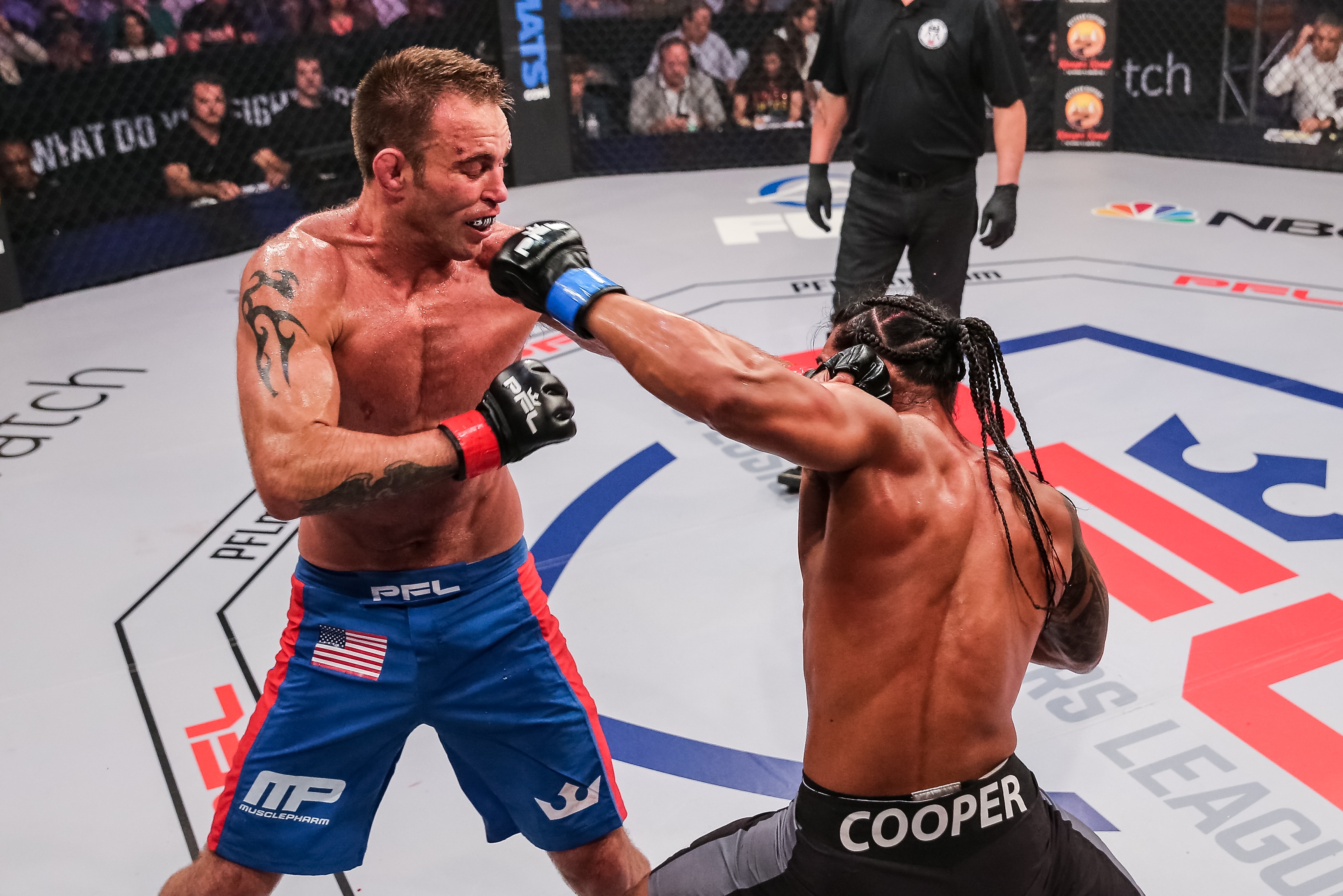 NEWS | What you need to know about the PFL

The Professional Fighters League made its debut last year with a format intended to feel familiar for sports fans to bring a new audience to combat sports. There is a season with standings, then playoffs, and to cap it all off, the biggest hook of all: a $1 million payout to the champion of each weight division.

The PFL came into existence after a group of investors bought the World Series of Fighting promotion and rebranded it to have a fresh start. The public face of the organization is former kickboxing world champion Ray Sefo, who serves as PFL president. The promotion was initially acquired by a trio of Washington D.C.-area investors -- Donn Davis, Russ Ramsey and Mark Leschly. That ownership group expanded last year to include Ted Leonsis, majority owner of the Washington Wizards and Washington Capitals, and Mark Lerner, majority owner of the Washington Nationals, as well as comedian Kevin Hart and motivational speaker Tony Robbins, among others.

Ahead of the PFL's debut on ESPN airwaves Thursday, here are some of the key things you'll need to know going into Season 2.