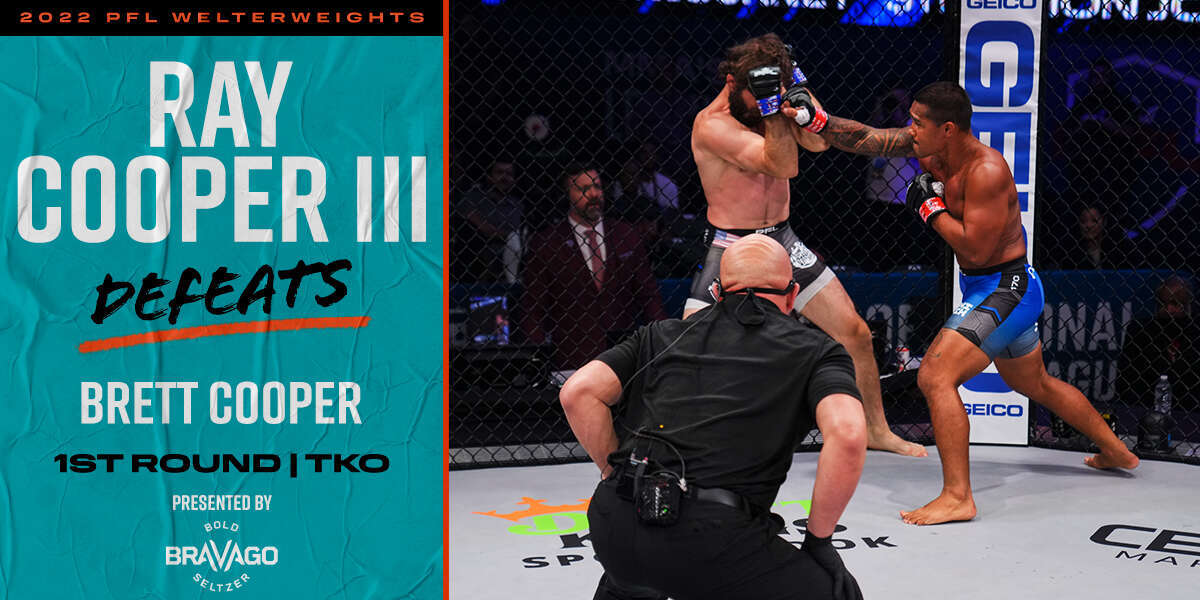 Reigning PFL World Champion Ray Cooper III (24-8-1) makes his return to the SmartCage after a disappointing first outing that saw him miss weight en route to dropping his first bout to Carlos Leal. This will be a battle of fighters looking to get off the snide as Brett Cooper (28-16) also comes into this bout following a loss in his first Regular Season fight of the year, wherein he was submitted in the 1st round by Rory MacDonald.

Following a disappointing start to the 2022 Regular Season, there was no shortage of speculation that Cooper III was suffering from a championship hangover following 2 consecutive World Championships and million dollar prizes. “Bradda” the PFL’s all time KO leader, now needs himself a quick finish to keep his quest for a 3-peat alive.

Brett Cooper comes into this fight as the only Welterweight who was finished in his 1st regular season bout, and he too will need an early finish to keep himself in the conversation in a crowded Welterweight Playoff picture. Following the loss, Cooper was quoted as follows: “Well I got owned. Not much else to say. On to the next one” and he’ll be looking to prove he can make the necessary adjustments on a quick turnaround as required in the PFL Regular Season.

Ray Cooper III lands early and lands big! Brett Cooper is turtling up already as RC3 pours on the damage! The ref is looking close and he’s seen enough! That’s a 24 second Quick Six for the reigning PFL World Champion!

Ray Cooper III knocks out Brett Cooper in just 24 seconds to likely secure his spot as the #1 Welterweight alternate should any of the Playoff Contenders not be able to compete. As a result, Magomed Umalatov clinches a Playoff spot.