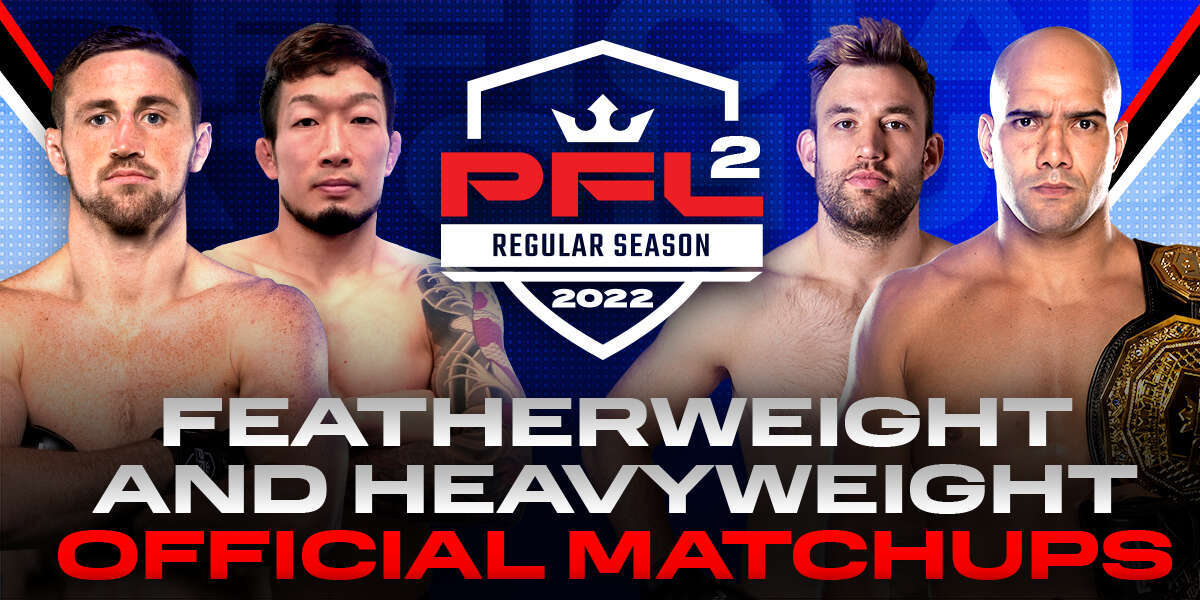 In the co-main event, Featherweight Brendan Loughnane, one of the top fighters in the United Kingdom with a 21-4 professional record, returns to the PFL SmartCage against heavy-handed Japanese prospect Ryoji Kudo, winner of seven of his last eight fights.

In further Heavyweight action, Croatian Ante “Walking Trouble” Delija, the 2021 PFL Heavyweight Runner-Up and protege of MMA legend Mirko Cro Cop, brings his 14 professional stoppages back to the SmartCage where he will take on Brazilian Matheus Scheffel.

Rounding out the main card, 6’ 8” Brazilian giant Renan “Problema” Ferreira and American Jamelle “The Beast” Jones will both be on the lookout for their next knockout victories. Ferreira has earned six of his eight wins by KO or TKO, while Jones vies for his 13th professional win.

“With three current or former Professional Fighters League World Champions on the PFL 2 card on April 28, fans around the world are in for a major night of action,” said PFL CEO Peter Murray. “We look forward to continuing to disrupt the sport with the best action in MMA as the Heavyweight and Featherweight fighters begin their seasons with the PFL World Championship and the $1 million purse in their sights.”

“On April 28, MMA fans can expect an action-packed night of fights,” said PFL President of Fighter Operations, Ray Sefo. “I cannot wait to see the former world champions on this card battle it out against a group of elite fighters looking to make their mark in the sport.”

PFL is the first and only MMA league with a true sports-season format where elite fighters from around the world compete in a Regular Season, Playoffs and Championship. The four competitors in each division who earn the most points in the Regular Season advance to the win-or-go-home Playoffs, followed by the biggest night in MMA – the PFL World Championship – with each winner going home with the $1 million prize.