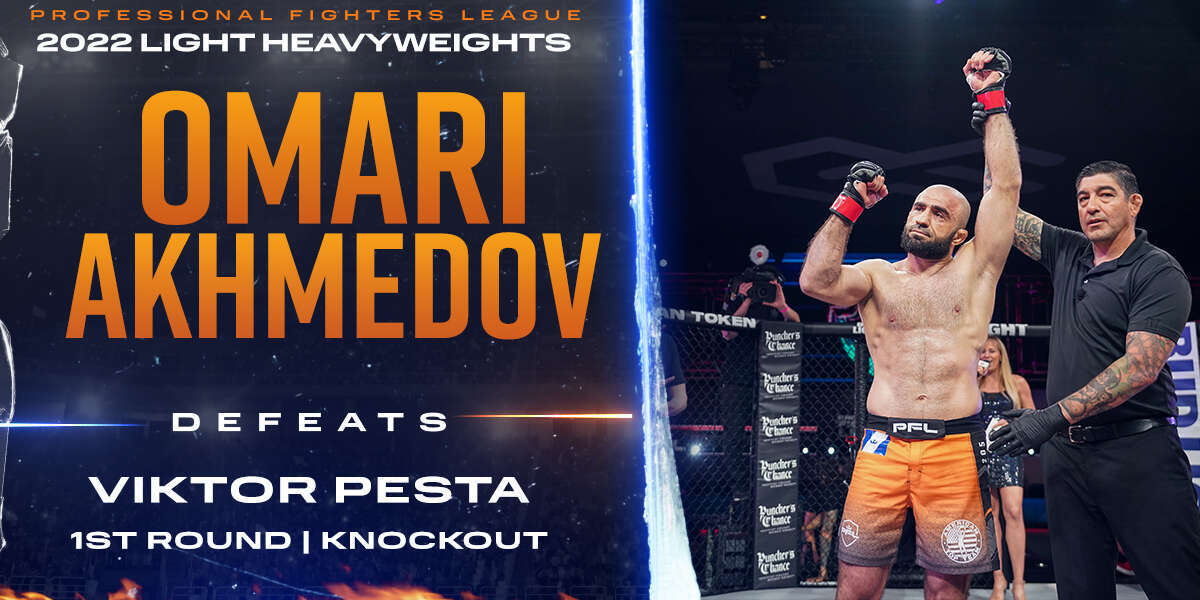 Akhmedov takes the center of the cage and starts firing HEAVY low kicks. We’re a minute in and about 3 of those have landed and you can see the redness on Pesta’s leg.

Akhmedov fires an overhand right that seems to stun Pesta and just keeps pouring it on!  Pesta clearly hurt now with his chin unprotected.  Pesta tries a desperation shot, can’t get it, and as he stands up Akhemdov NUKES him with a power right hook directly on the chin.

That was a vintage Omari Akhmedov performance and a tough welcome to the PFL for Pesta.

Omari Akhmedov gets a Quick 6! He now sits on top of light heavyweight standings!#2022PFL1 LIVE on ESPN+
🌎 https://t.co/jPNvomkWj8 pic.twitter.com/W2kgNpQDms

I hope Rob Wilkinson enjoyed his 10-minute reign atop the Light Heavyweight standings because Akhmedov just earned himself 6 points for a WILD first-round finish.  One-way traffic for as long as it lasted.

That ruled so hard.  After a tough outing in his last fight against Jordan Young (may he rest in peace), which saw him finished in the 3rd round after winning the first 2, Omari Akhmedov is back with a vengeance.