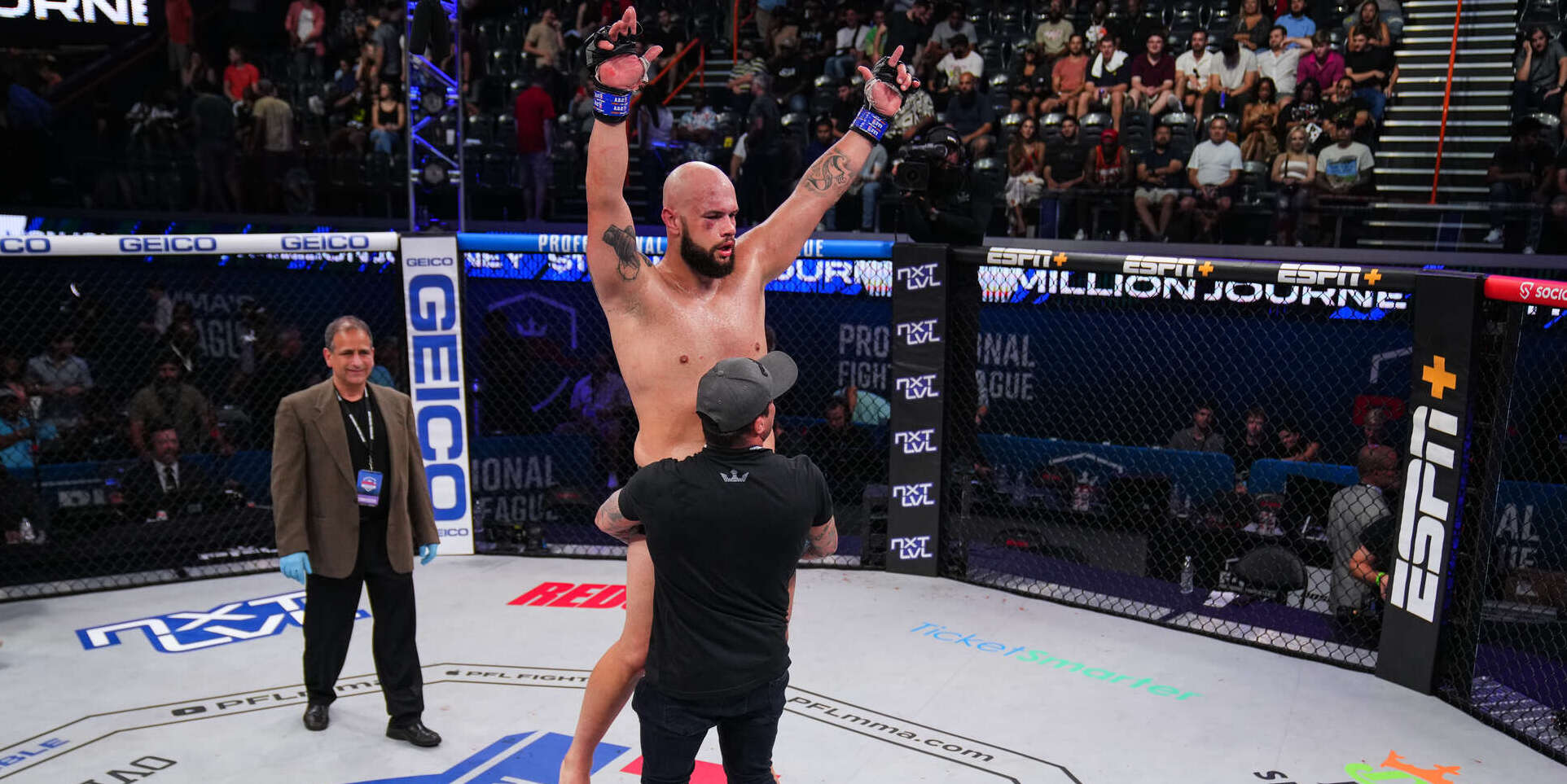 NEW YORK (JULY 28, 2022) - The Professional Fighters League (PFL), the fastest growing and most innovative sports league in the world, today announced that 2021 PFL World Heavyweight Champion Bruno Cappelozza was forced out of his semifinal match with Denis Goltsov due to injury. Cappelozza, who made a dominant run to the 2021 title, will be replaced by fellow Brazilian Matheus Scheffel.

Scheffel made his PFL debut during the 2022 season and it was a rocky start for the heavyweight slugger. He wound up on the losing end in his debut and was a massive underdog to Cappelozza entering his second Regular Season bout. Scheffel ignored the oddsmakers and put on the performance of his life. He battered Cappelozza early and weathered a furious comeback before sealing the biggest win of his career by unanimous decision. He will square off with Denis Goltsov for a shot at PFL gold and the $1 millions that comes along with it.

The card will also feature three other semifinal matchups. Rory MacDonald earned the top seed in the welterweight division on the strength of a first-round finish over Brett Cooper in the first half of the PFL Regular Season. MacDonald will look to earn a spot in the 2022 PFL World Championship when he takes on the undefeated Magomed Umalatov in the main event. Umalatov was injured early in the year and fought his way into the postseason with a stunning first-round knockout of 2022 PFL Challenger Series winner Jarrah Al Silawi in his only Regular Season bout.

After an amazing showing in the 2021 Championship, a fight that saw him come up just short of the $1 million prize, Ante Delija retuned with his sights set on winning his first PFL title. The Croatian brawler will have to solve “The Problema” Renan Ferreira if he hopes to get another crack at PFL gold. Ferreira is a finishing machine who has tallied the two fasted stoppages in PFL Heavyweight history. He’ll look earn his first PFL Championship berth against Delija.

The last semifinal bout will feature a pair of surprise competitors in PFL veteran Sadibou Sy and 2022 Challenger Series competitor Carlos Leal. Sy entered his fourth league campaign with little fanfare, but the Swede banked a pair of wins, including a close decision over heavily-favored Rory MacDonald, to cement his place in the postseason. Leal wasn’t even part of the season until Umalatov was forced out of his first-round match, thus giving the Brazilian slugger his chance to impress. He did just that, taking it to two-time PFL champion Ray Cooper III and authoring one of the biggest upsets in PFL history. Leal will look to keep the Cinderella story going against Sy as he tries to become the first Challenger Series competitor to win a PFL World Title.

PFL is primetime in the U.S on ESPN and ESPN+ and broadcast and streamed worldwide to 160 countries, with partners including Channel 4, DirecTV, RMC Sport, Eurosport, Sky Sports, and more. The PFL roster is world-class, with 25% of PFL fighters independently ranked in the top 25 in the world. The PFL proprietary SmartCage data and analytics platform powers real- time betting and provides next-gen viewing experience.