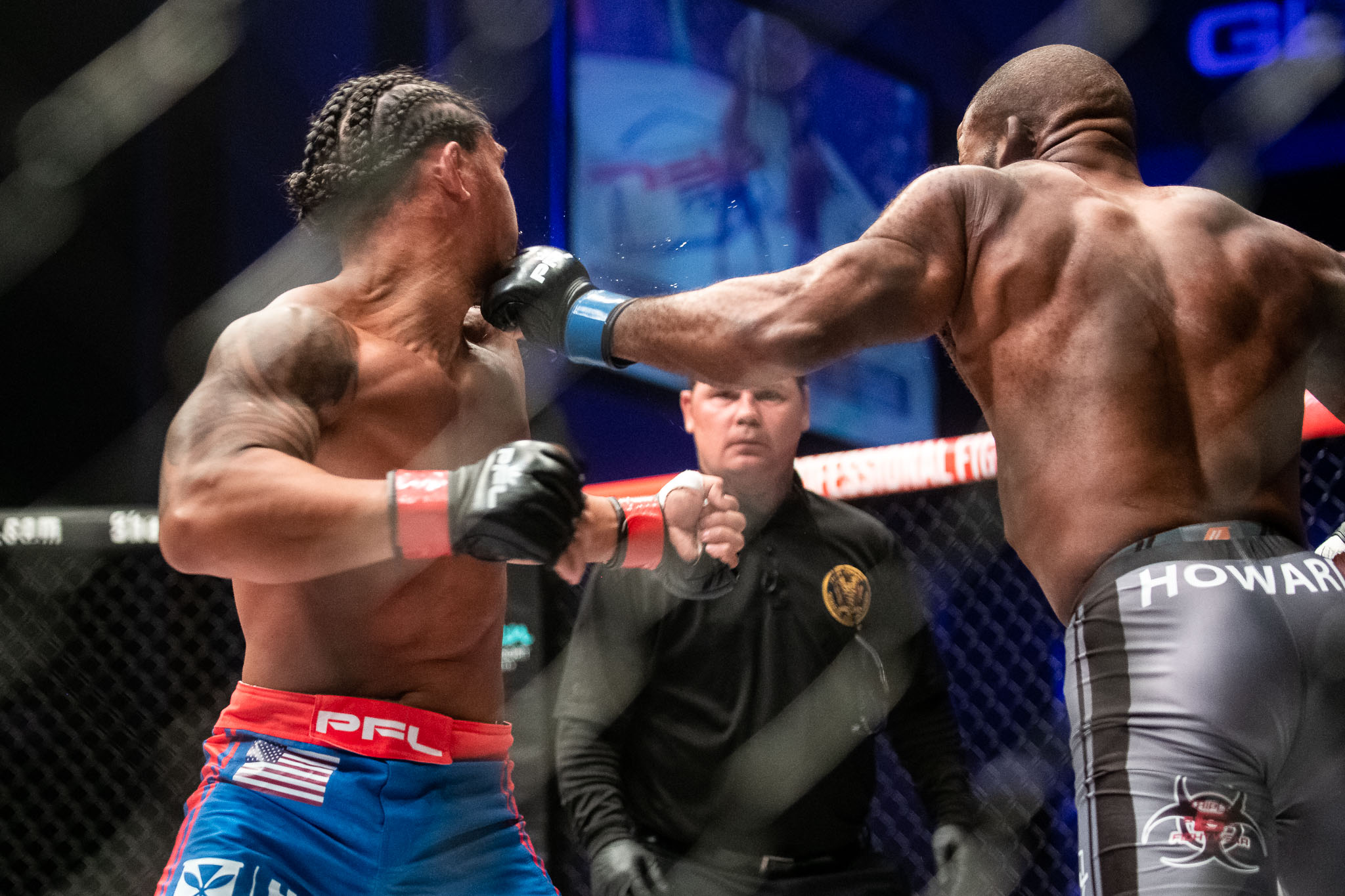 For years John "Doomsday" Howard (28-15-1) was a reliable brawler for the UFC and the now-defunct World Series of Fighting. Now he's a welterweight staple in the Professional Fighters League.

But it's been fairly inauspicious lately for the Boston native. Heading into his bout with Ray Cooper III (18-7) at PFL 4 2019 on July 11, Howard was 2-2-1 over the past two years. But the old Doomsday resurfaced against Cooper. A big left hook served as both the beginning and the end of the end, with plenty of swarming bombs between. Good to see Howard still swinging.