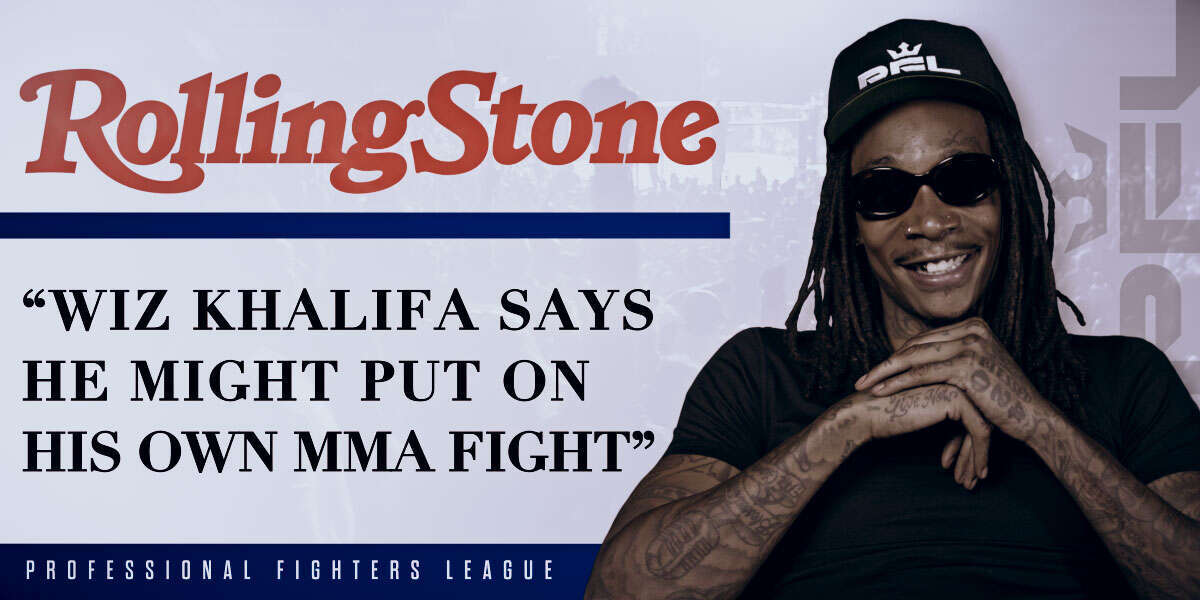 Wiz Khalifa Says He Might Put on His Own MMA Fight

Wiz Khalifa, who is one of the world’s top recording artists, is an avid fighting enthusiast. So much so that he’s placed his financial backing into the Professional Fight League (PFL) as part of its ownership group.

After starting as a boxing fan and subsequently gaining attraction to MMA, Khalifa says, his cousins convinced him to get into a gym and train jiu-jitsu. That was roughly five years ago. From there, he’s “never looked back” as far as making it part of his lifestyle. He’s in the gym five days a week at Unbreakable Performance Center in Los Angeles, and when the opportunity came up to become an investor in the PFL — arguably the number-two MMA league behind the UFC right now — he jumped on his chance to plant his roots even deeper in the fight game and attach his brand to the organization.

“They looked as me as a special key player not only in the fight game, but just in the the entertainment world, as well, and we all we feel like we have something to offer,” Khalifa tells Rolling Stone. “I love the fact that it’s an alternative to what’s already out there. People deserve to be able to make a decision with what they not only want to watch, but where they want to fight. The fighters who don’t have contracts and want to get that notoriety, I see them coming over to the PFL and being huge superstars. I see a lot of people from different sports crossing over to the PFL. I see celebrities and entertainers. I see everything. There’s countless opportunities for it.”