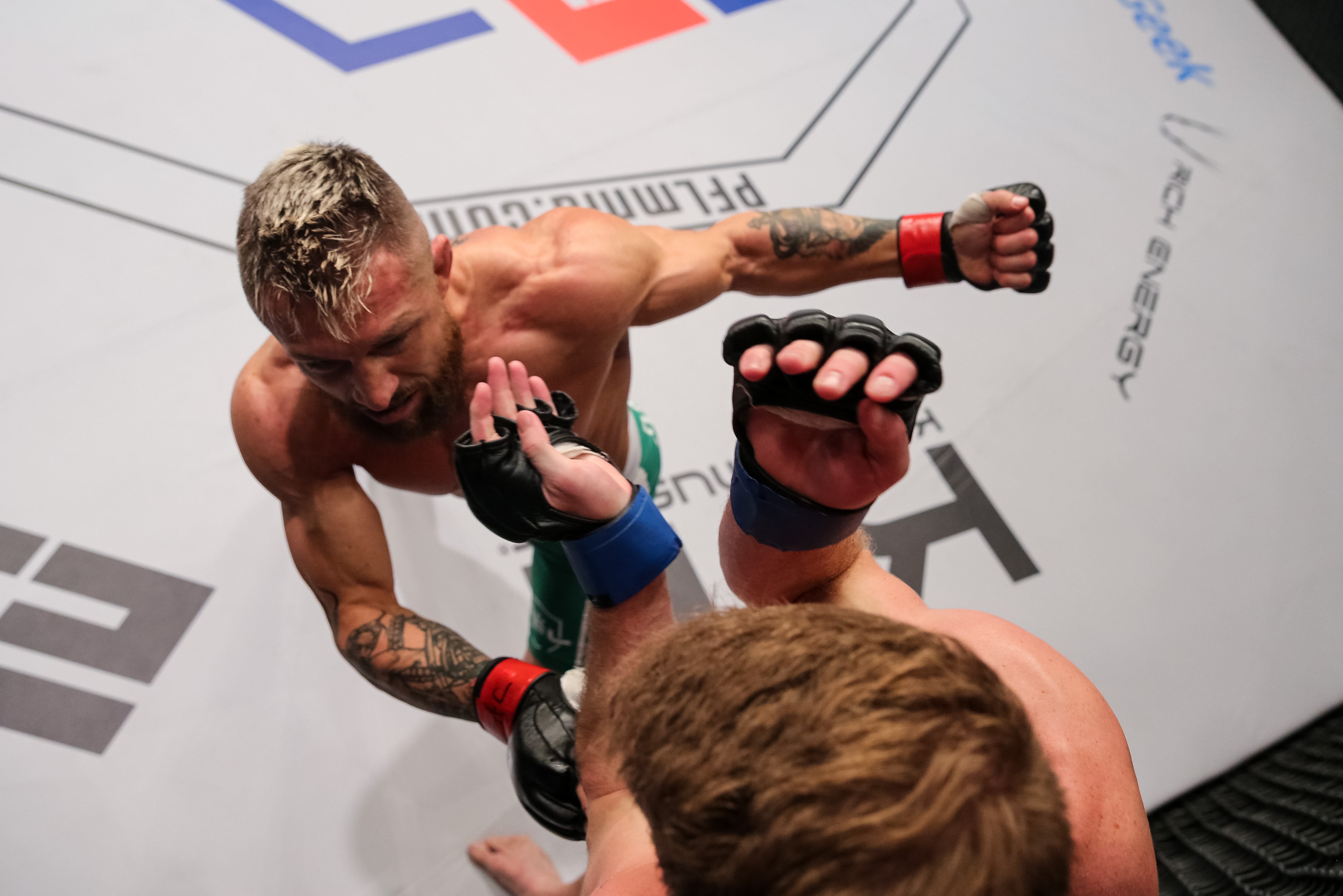 Two of PFL's 2018 champions set the stage for a repeat win Thursday, as featherweight Lance Palmer and lightweight Natan Schulte each advanced to the finals for the second time in two years. The 145- and 155-pound playoffs took place Thursday night inside the Mandalay Bay Events Center.

Not only have Palmer and Schulte advanced to back-to-back finals, they've been perfect in doing so. Palmer is 9-0 since the beginning of 2018. Schulte is 8-0-1, with four finishes. Each won two fights on Thursday, as part of PFL's trademark two-fights-in-one-night playoff system.