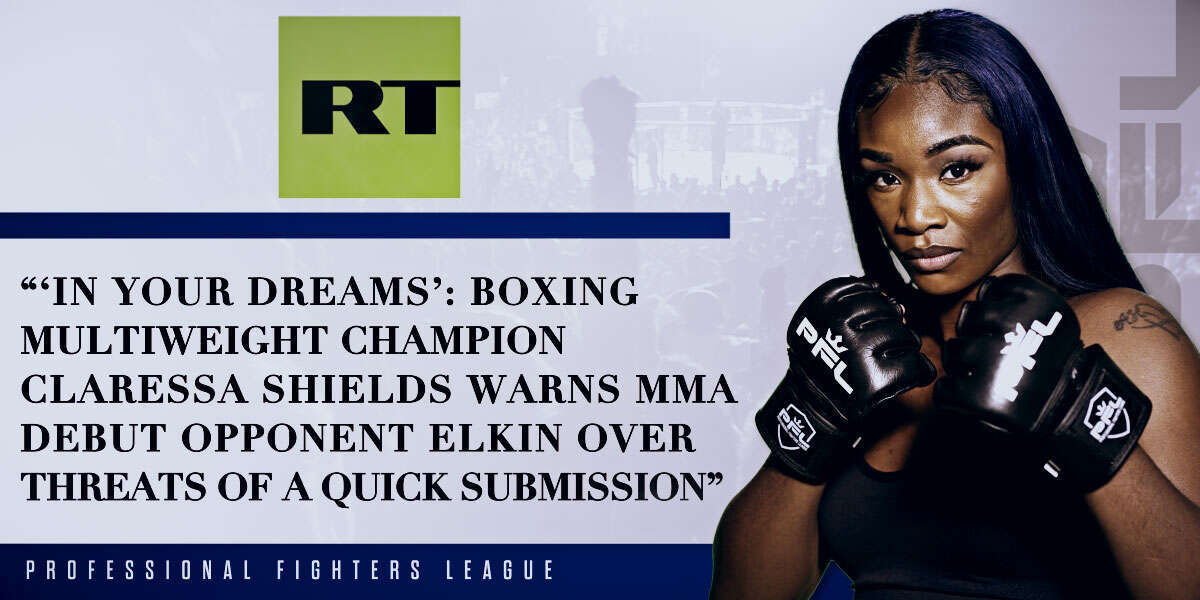 Boxing sensation Claressa Shields, who is about to cross over to MMA, has hit out at her first octagon rival Brittney Elkin and laughed off claims that she will submit Shields on her Professional Fighters League debut next month.

Supremely confident Shields, who has said she is the second-greatest boxer to Muhammad Ali and won praise from UFC star Conor McGregor for her move to MMA, faces Elkin, who has won three and lost six of her professional fights, in New Jersey on June 10.

After catching wind of what she perceived as her opponent promising a quick, humbling finish when they meet, the ex-undisputed light-middleweight champion gave her own thoughts on the bout.

"Everybody wants the knockout, everyone wants the stoppages – but for me, I just really want the experience," Shields told TMZ.