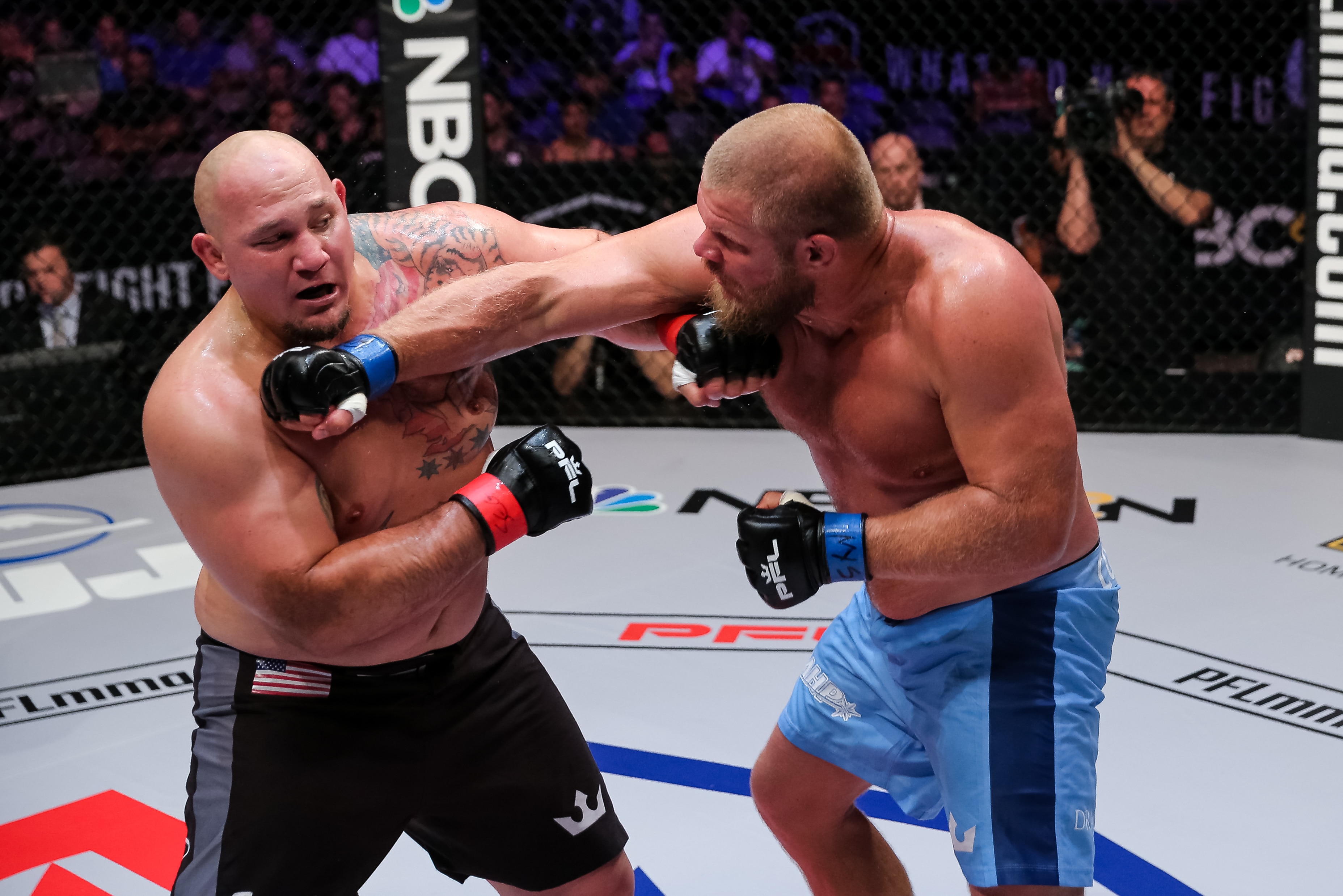 For heavyweight Josh Copeland, earning himself a spot in this year’s Professional Fighters League million dollar finals was a contrast in fights with the two victories he picked up in the playoffs this past October.

Following a decision win over Francimar Barroso in the quarter finals, Copeland was able to overcome a potentially fight-ending cut to pick up a knockout victory over Alex Nicholson in the semifinals.

“I had felt I had won the first round (against Barroso), so I felt good going into that second round,” Copeland told MMAWeekly.com. “I could have gotten off the cage (in the second), but I wanted to conserve energy and didn’t want to take the extra risk of getting caught if there was separation.