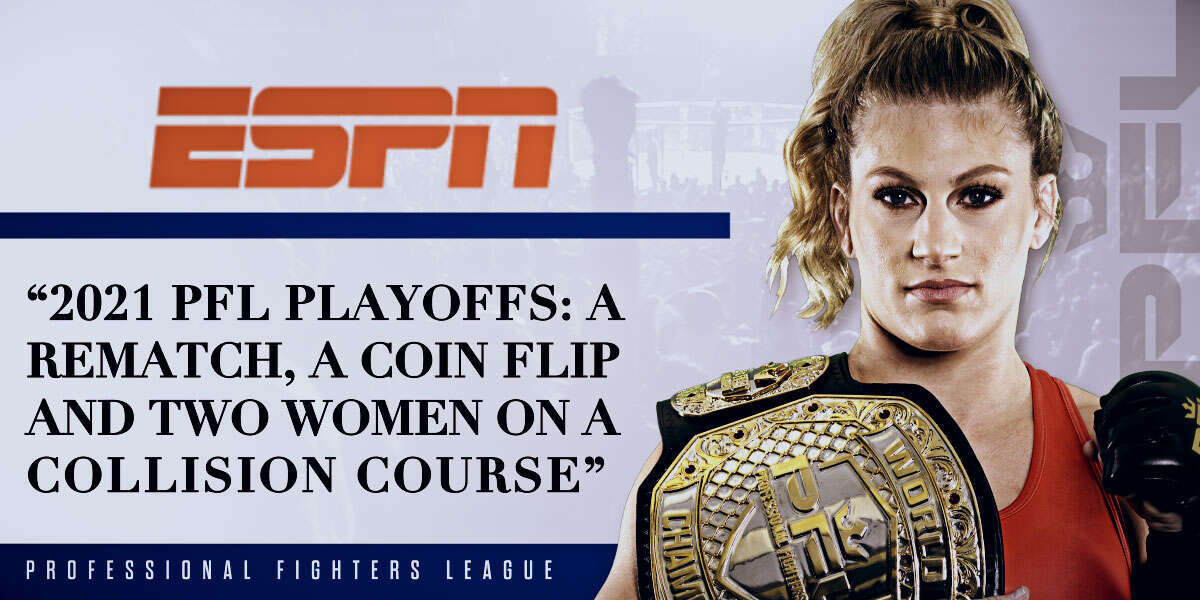 2021 PFL playoffs: A rematch, a coin flip and two women on a collision course

More than 60 fighters competed during the 2021 Professional Fighters League regular season, but by the end of the night at PFL 6, that number had been cut down to just 24. Four fighters each, in six divisions, will compete for one of six $1 million prizes that stand a tantalizing two fights away.

Defending champions are only back in three divisions, as light heavyweight Emiliano Sordi, welterweight Ray Cooper III and women's lightweight Kayla Harrison look to repeat. Two runners-up, in Larissa Pacheco and Loik Radzhabov, look to turn the tide as they return to the fray. Back-to-back winners Lance Palmer and Natan Schulte both failed to qualify for a chance at a three-peat.

The semifinal matchups, which take place over three weeks in August, run the spectrum from razor-thin margins to lopsided projections. There's a regular season rematch where the lower seed already defeated No. 1. Two fighters had such similar resumes that stood up to tiebreakers that a coin flip was necessary to determine the matchups. And there was only one division -- women's lightweight -- in which the top two competitors both earned a pair of first-round finishes in the regular season, as Harrison and Pacheco potentially line themselves up for a rematch.

Let's take a look at what's to come in the PFL playoffs.