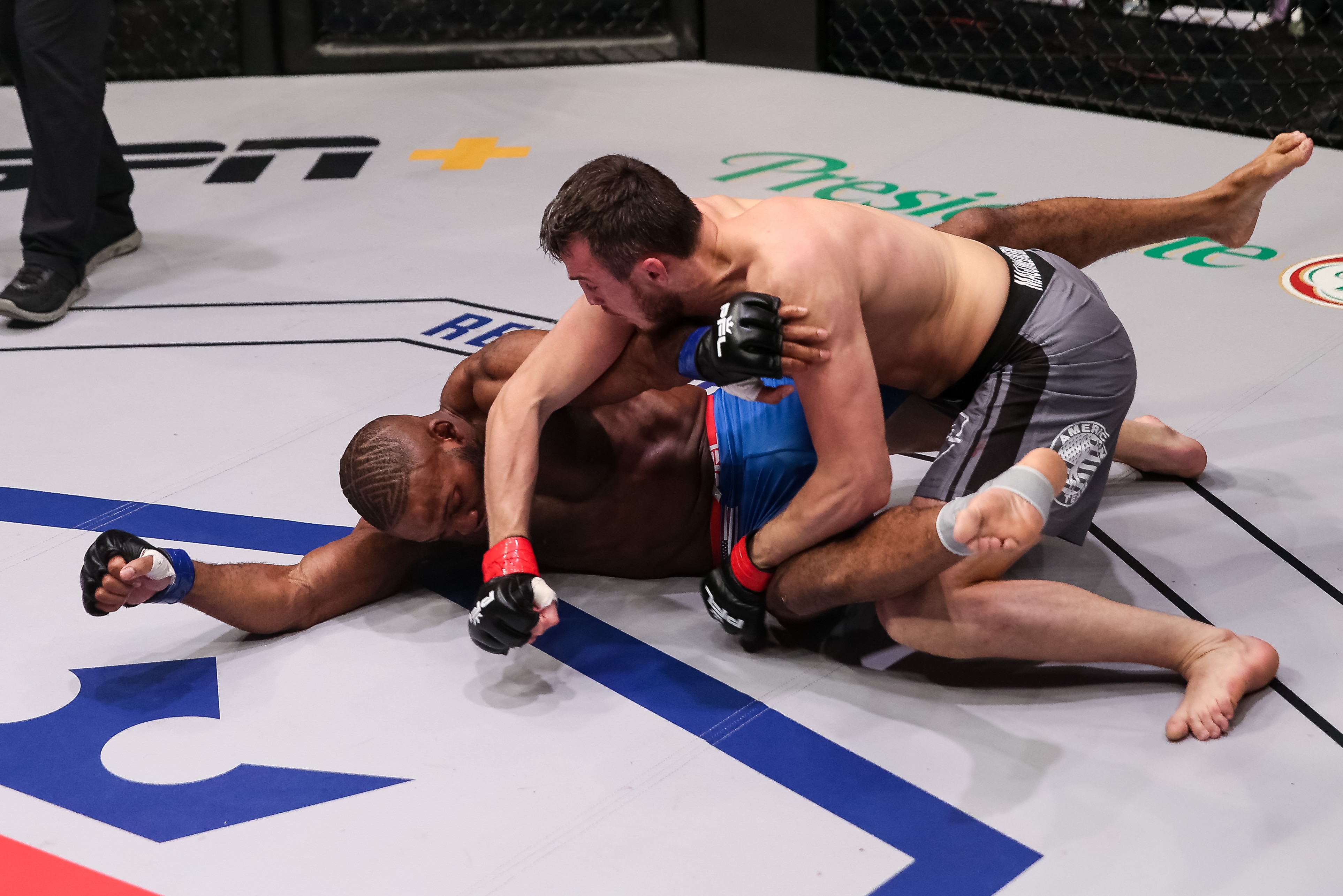 In a combined recruiting effort, Air Force Reserve Command and Air Force Special Operations recruiting teamed up and scored a knockout at the Professional Fighters League season debut at the Nassau Coliseum May 9, 2019.

The tag-team effort is something that will become the norm in the future as Air Force Recruiting Service integrates into one team, combining active duty and Reserve recruiting functions.

The PFL, which features both men and women fighters, is the first mixed martial arts organization to present the sport through a regular season, playoffs and championship format. The fights were broadcast on ESPN2 and ESPN+.

The Air Force Reserve and Air Force Special Operations logos were featured prominently in the ring. Reserve and Special Ops commercials aired on the ESPN channels during the fights and digital advertising was displayed at the show.

“We have many athletes who are former military and we recognize them and celebrate that fact,” he said. “The PFL will work with the Reserve to raise awareness of the incredible work our servicemen and women are doing through events, digital and social platforms, and broadcasts.”