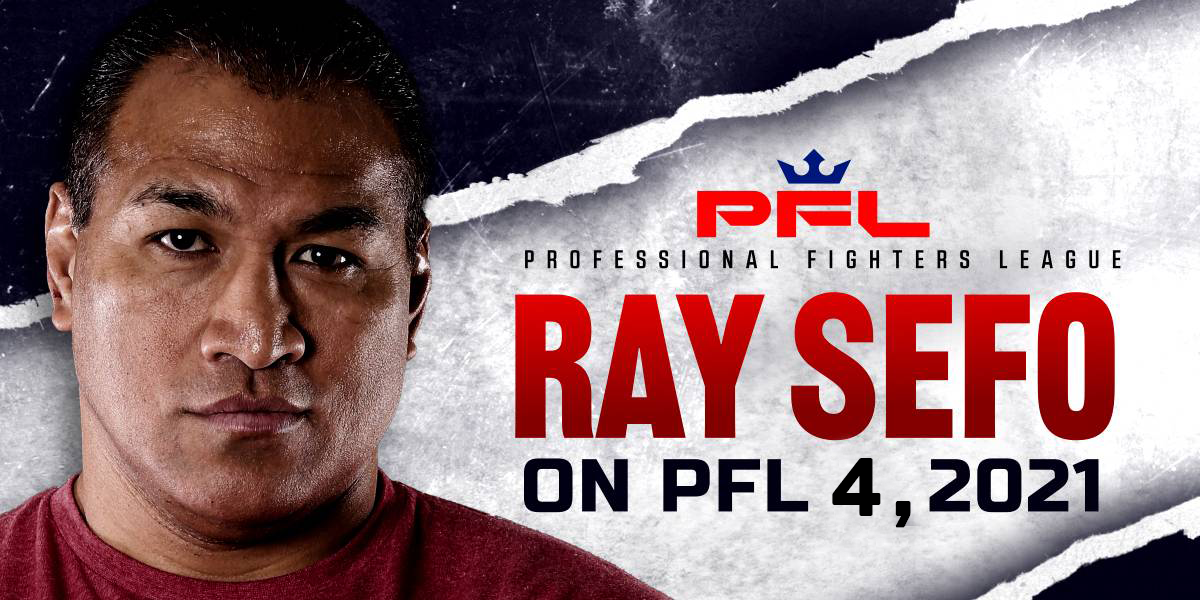 The Professional Fighters League opens the second half of its third regular season Thursday, June 10, with PFL 4. The event takes place at the Ocean Casino Resort in Atlantic City, N.J.

The stage is set for featherweights and lightweights to compete for a spot in the PFL Playoffs, where only the top four fighters with the most points in each division will qualify for the biggest night in MMA: The 2021 PFL Championship. Following these high-stakes bouts is the night’s main event, a non-league clash between two-time Olympic boxing champion Claressa Shields and Brazilian jiu-jitsu brown belt Brittney Elkin.

For Shields, this main-event showdown represents not just her PFL debut but her MMA debut. A devastating boxer equal parts technical and powerful, Shields enters the sport of MMA with plenty of hype and high expectations. Can Elkin, a Brazilian jiu-jitsu brown belt under BJJ legend Rafael Lovato, Jr., spoil Shields’ party?

It all begins with the ESPN+ card, airing live at 6 p.m. ET. The broadcast then shifts at 10 p.m. ET for the ESPN2 card. For additional broadcast details, click here.

The night’s featured bout sees the long-awaited MMA debut of decorated boxing phenom Claressa Shields. An 11-0 boxer, Shields took home the gold medal at both the 2012 and 2016 Olympic games as well as golds at the 2014 and 2016 Worlds and the 2015 Pan American Games. The self-proclaimed GWOAT (Greatest Woman of All-Time), Shields made history in 2020 by becoming the fastest boxer — man or woman — to win titles in three divisions, needing just 10 fights to accomplish the feat.

Now, however, she’s making the leap to the cage, where she’ll immediately put those skills to the test against a tough stylistic matchup in Brittney Elkin. A BJJ standout who is a regular at submission grappling events such as Fight 2 Win and Subversiv, Elkin boasts a skill set that could overwhelm and confuse Shields in her debut.

Ray’s Take: Shields’ accomplishments in the sport of boxing cannot be ignored. Her combat-sports career to this point makes her one of the most intriguing MMA prospects of all time, and I believe this matchup represents the perfect test. There’s no doubt Shields has a distinct advantage on the feet, but how will she handle kicks and knees? How will she react if Elkin clinches or manages to get her to the ground? We’ve seen many athletes cross over from other sports and struggle inside the cage. Will Shields join that group, or will she prove she’s built differently?

It’s win or go home for former UFC champion Anthony Pettis at PFL 4, as he takes on the undefeated Alexander Martinez in the night’s co-main event. This fight — the final PFL Lightweight bout of the 2021 regular season — promises fireworks, as Pettis is coming off a decision loss to Clay Collard in his PFL debut. Meanwhile, Martinez slipped past 2019 PFL Lightweight Runner-Up Loik Radzhabov via split-decision, earning three points in his first fight of the 2021 regular season.

Ray’s Take: You find out what fighters are truly made of when their backs are against the wall, and that’s exactly Anthony Pettis’ situation as we head into PFL 4. He needs a win — a finish, preferably — if he wants to call himself PFL lightweight king in 2021, and Alexander Martinez is no easy fight. Nobody has figured out Martinez’s game to date, and six of his eight professional victories have come via stoppage. Will Pettis have the answers on fight night, or will Martinez notch the biggest win of his promising career?

Bubba Jenkins exploded onto the PFL scene in April, defeating two-time PFL featherweight king Lance Palmer via a dominant unanimous decision. Now, Jenkins looks to keep the momentum rolling against slick grappler and UFC veteran Bobby Moffett, who makes his PFL debut as an alternate for the injured Anthony Dizy. Despite the short notice, Moffett represents a tough, experienced fighter with finishing instincts, making this an intriguing matchup in the 145-pound ranks.

Ray’s Take: I love this fight. Bubba Jenkins surprised everyone back in April by dominating Lance Palmer everywhere the fight went, and now he finds himself as a favorite to win it all in 2021. But Bobby Moffett is a slick, dangerous grappler with eight submission wins on his resume. Any slip up in the fight could be Jenkins’ last. But if Jenkins returns to the cage looking as polished and powerful as he did against Palmer, he will find himself rolling strong into the playoffs.

The PFL 4 main card kicks off on ESPN2 with an absolute banger of a featherweight showdown. Fresh off a first-round knockout of Sheymon Moraes in his PFL debut, Brendan Loughnane enters his second regular-season scrap with a massive opportunity ahead: Stop Tyler Diamond in any round and enter the playoffs as the No. 1-ranked featherweight. No pressure. Diamond, meanwhile, will be happy to spoil Loughnane’s current run. The American wrestler is on a three-fight winning streak and is coming off a unanimous decision victory over Jo Sungbin, putting him in position to make the playoffs with another win Thursday evening at PFL 4.

Ray’s Take: It’s tough to deny Brendan Loughnane’s current momentum. He’s on a six-fight winning streak, three of those via knockout, and his most recent win might’ve been his most impressive to date. He catapulted himself into the captain’s seat in the featherweight division, but Tyler Diamond’s relentless pressure and wrestling ability makes him a rough matchup for anyone on the planet. At 12-1 with his only professional defeat coming against current undefeated UFC featherweight Bryce Mitchell, Diamond is undoubtedly one of the best 145-pounders on earth. Will it be enough to shut down Loughnane’s power on Thursday?