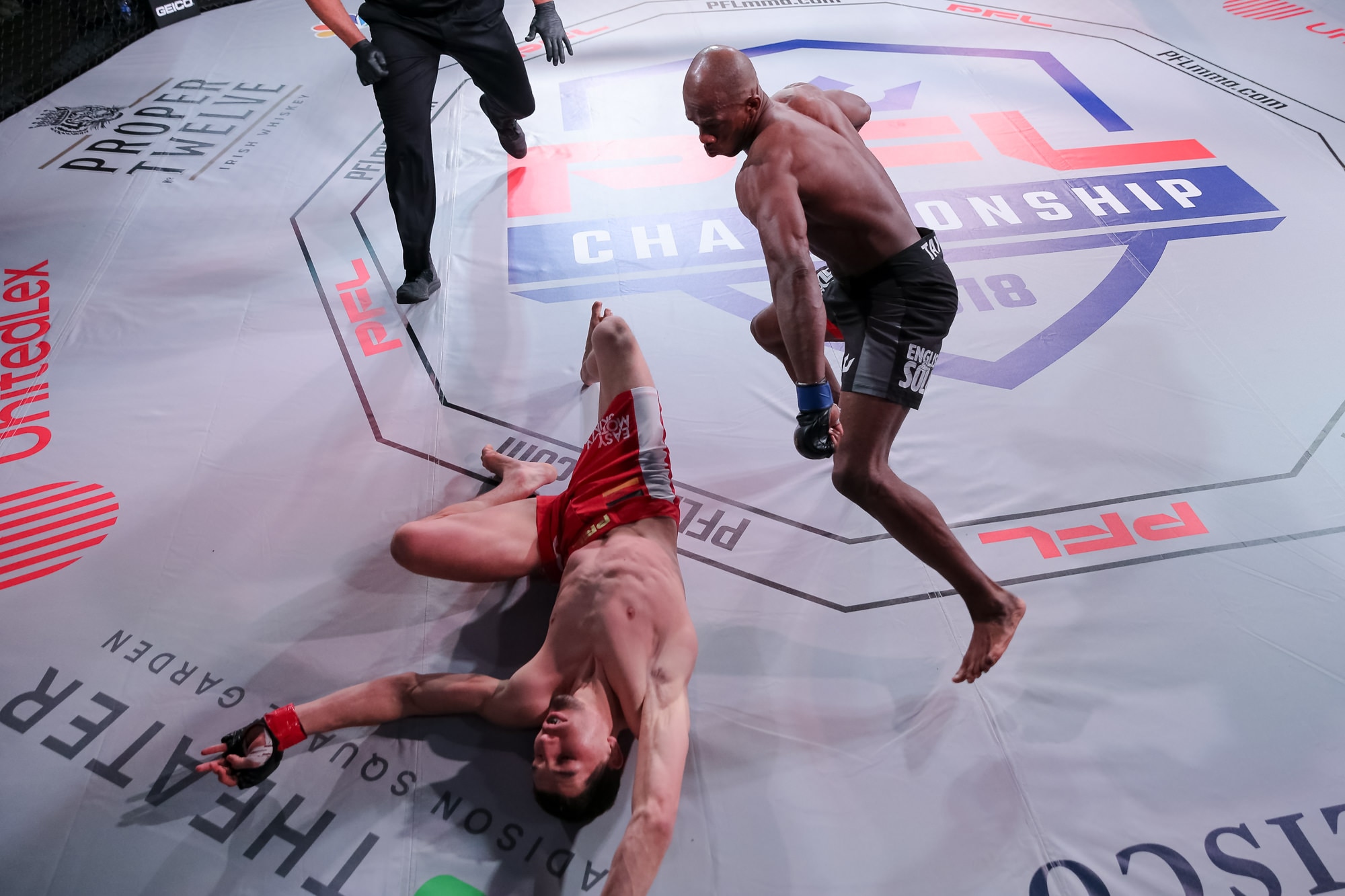 NEWS | PFL’s Chris Curtis respects Louis Taylor, ‘but there’s a reason why 185 isn’t around this year’

Chris Curtis discusses his Professional Fighters League debut against last season’s middleweight champion, Louis Taylor. The welterweight fight will headline the PFL’s first event of the 2019 season at the Nassau Coliseum in Long Island, New York on May 9. The main card will air on ESPN 2 following the preliminary card, which will stream on ESPN+.

“The Action Man” discusses his last 10 months — from an impressive stoppage win over Sean Lally on Dana White’s Tuesday Night Contender Series to preparation for his PFL debut — what the opportunity to win $1 million means to him, how he matches up with Taylor, reading comments from fans about the fight and his career, whether or not he has a chip on his shoulder, what he plans to do with the money should he win the welterweight season, how he sees the fight playing out, Roxanne Modafferi’s win at UFC Russia over Antonina Shevchenko, moving to Las Vegas to train and much more.