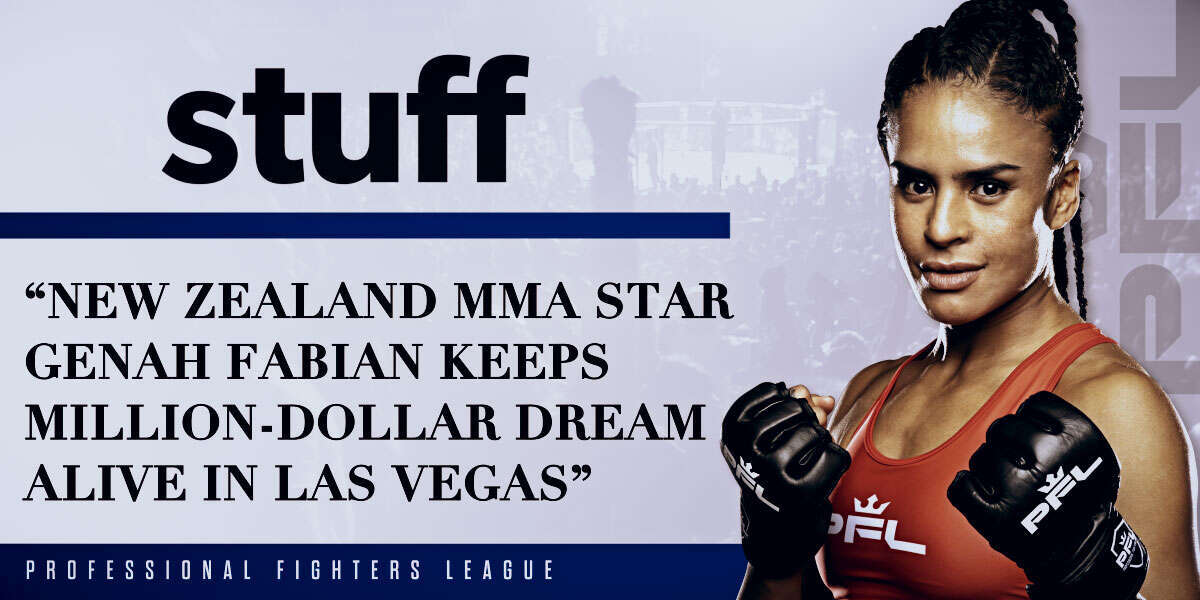 New Zealand’s Genah Fabian has scored a punishing second-round knockout to maintain her hopes of a million-dollar prize.

The 31-year-old hurt her opponent with a kick and followed up quickly with a left hook to end the women’s lightweight division fight and grab a place in the quarterfinals.

Fabian is pursuing a $US1 million ($NZ1.41m) purse as the winner of the MMA competition which works on a points-based system, where the top four fighters from each division move into a knockout bracket. She earnt five points for her impressive performance.

Fabian paid tribute in the ring to City Kickboxing team-mate Fau Vake, who was killed in an alleged assault in Auckland last month.