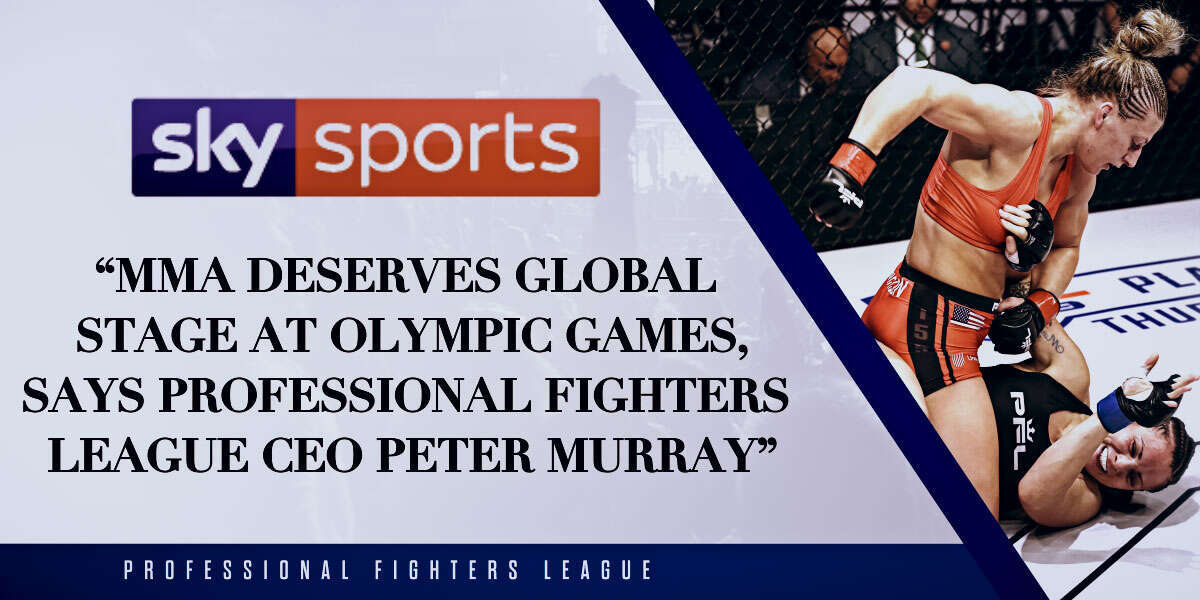 Martial arts were part of the ancient Olympics and will feature prominently in Tokyo. But is it time for mixed martial arts to become an Olympic Sport?

CEO of the Professional Fighters League, Peter Murray, is unequivocal: "Absolutely. You've got five combat sports in the Olympics. I'm excited that this is the first year karate has been introduced into the Olympic Games. And it's a given that MMA with 550-million-plus fans should be there," he told Sky Sports.

"They deserve that global stage at The Olympics, so we are a big advocate to grow and advance the sport and we think that The Olympic movement will play a part in that for sure."

"From the fighters' standpoint, Murray says MMA is more likely to offer a fruitful professional career than sports like taekwondo, wrestling and judo - so why not include MMA in the grand summit of amateur sport?

"We have Kayla Harrison, a two-time gold medallist in judo, boxer Claressa Shields and we have many wrestlers and more to come. Certainly MMA is an outlet for many Olympic athletes as they look to go pro. But this is a sport certainly deserving of the Olympic space and we believe we have the format to deliver MMA to the Olympics and we're having conversations with federations."