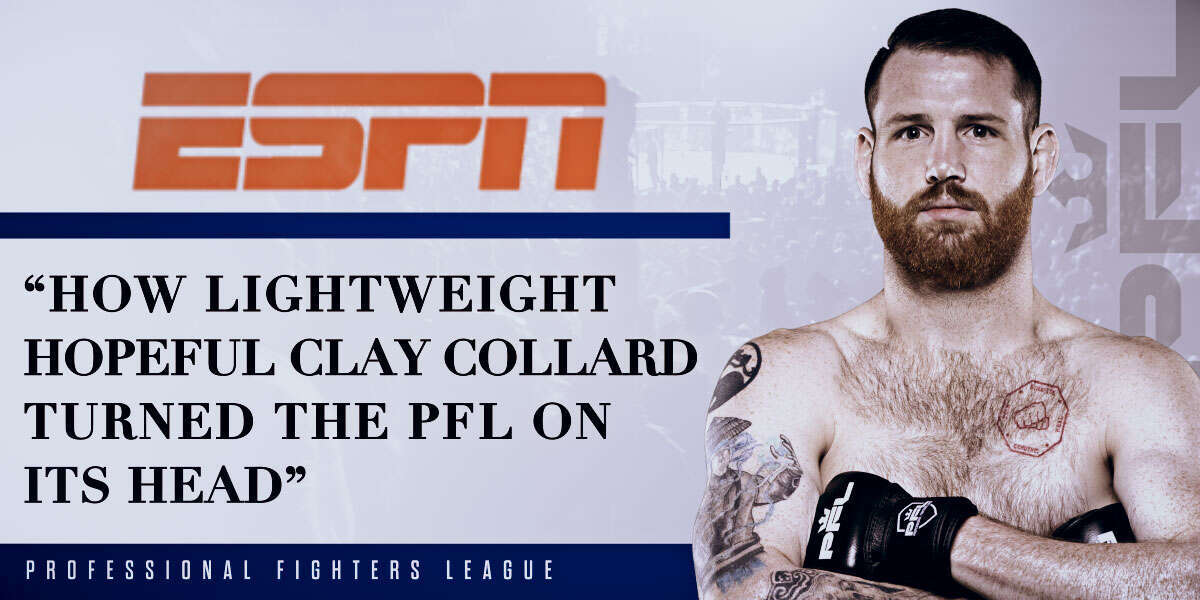 How lightweight hopeful Clay Collard turned the PFL on its head

Clay Collard was the other guy. He was the one standing across the cage from the PFL's prized new signee, Anthony "Showtime" Pettis. It was a big moment for the emerging fight promotion, and the vibe of the introductions for this season-opening main event last month in Atlantic City, New Jersey, was part unveiling, part coronation. Pettis, the former UFC lightweight champion with the star-studded nickname, was embarking on a jaunt toward the PFL's $1 million season prize.

But once the fighting began, it was Collard who looked like a million bucks.

"People had been telling me that Anthony Pettis was the pick to win the whole season," Collard told ESPN. "I just told them he's got to deal with me first. I'm a force to be reckoned with, and I proved it."

Yes, he did. Collard dominated the April 23 bout, knocking down Pettis twice in the second round, beating him up and nearly finishing him, before winning by unanimous decision.