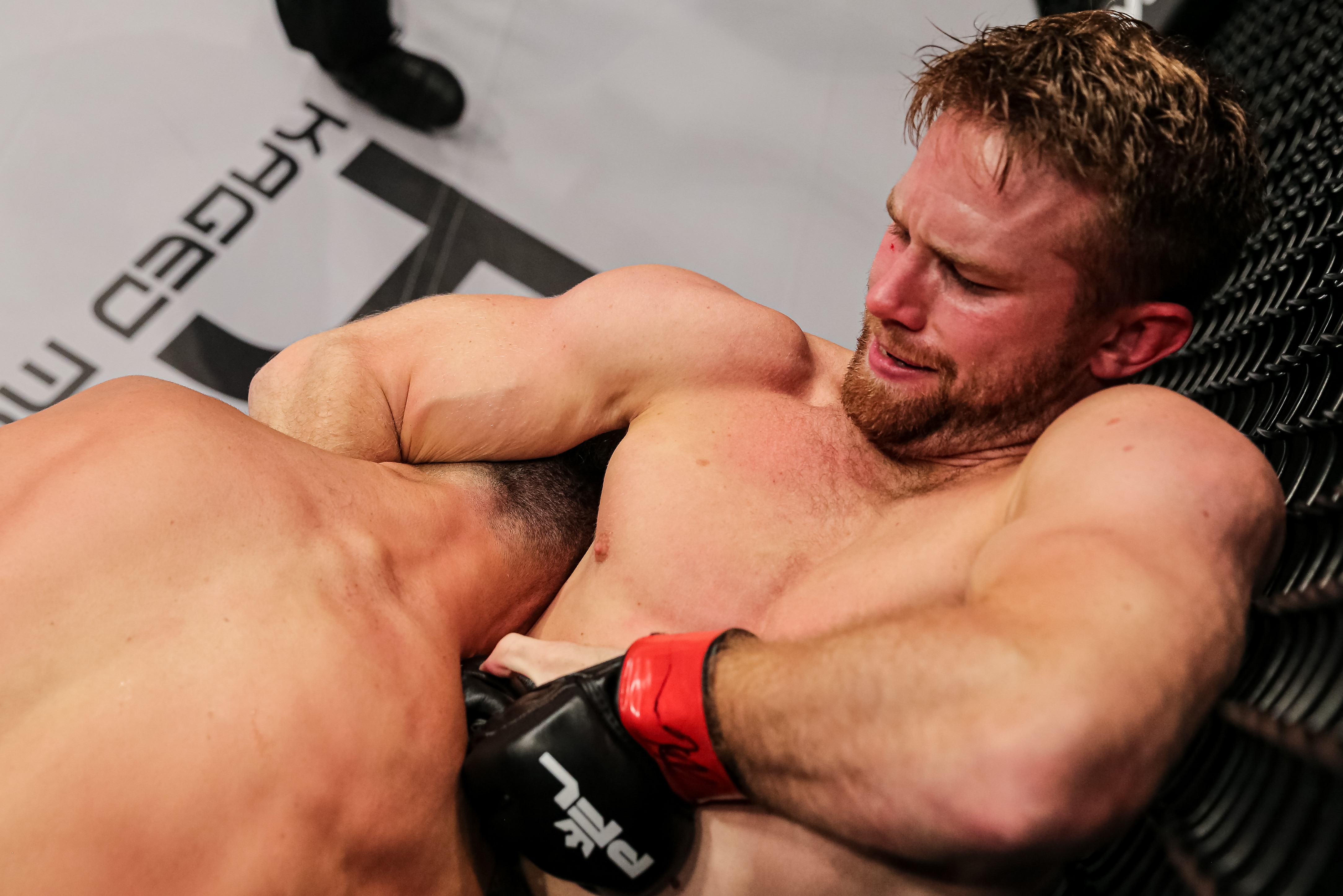 How Fighters Fight Twice One Night

Sean O'Connell had just left the cage following an exhilarating, come-from-behind victory over Dan Spohn. He had a little bit over an hour until he had to fight -- again -- in the semifinals of the Professional Fighters League's 2018 playoffs. The aim for O'Connell was to chill out and cool down. And then he bumped into "The Iceman."

"I ran into Chuck Liddell back there, backstage," O'Connell said. "I don't know why he was even there. I'm riding this high, I just won in kind of a weird comeback fashion. ... I was like, 'Hey man, I'm a big fan, thanks for being here.' Or whatever. He was like, 'Yeah, yeah, yeah.' Shook my hand, and that was it."

That kind of unexpected encounter, with one of the most popular fighters in MMA history, could throw someone off their game. But O'Connell brushed it aside, sat down in a chair in the bowels of Southern California's Long Beach Arena, grabbed some Gatorade and tried to relax.