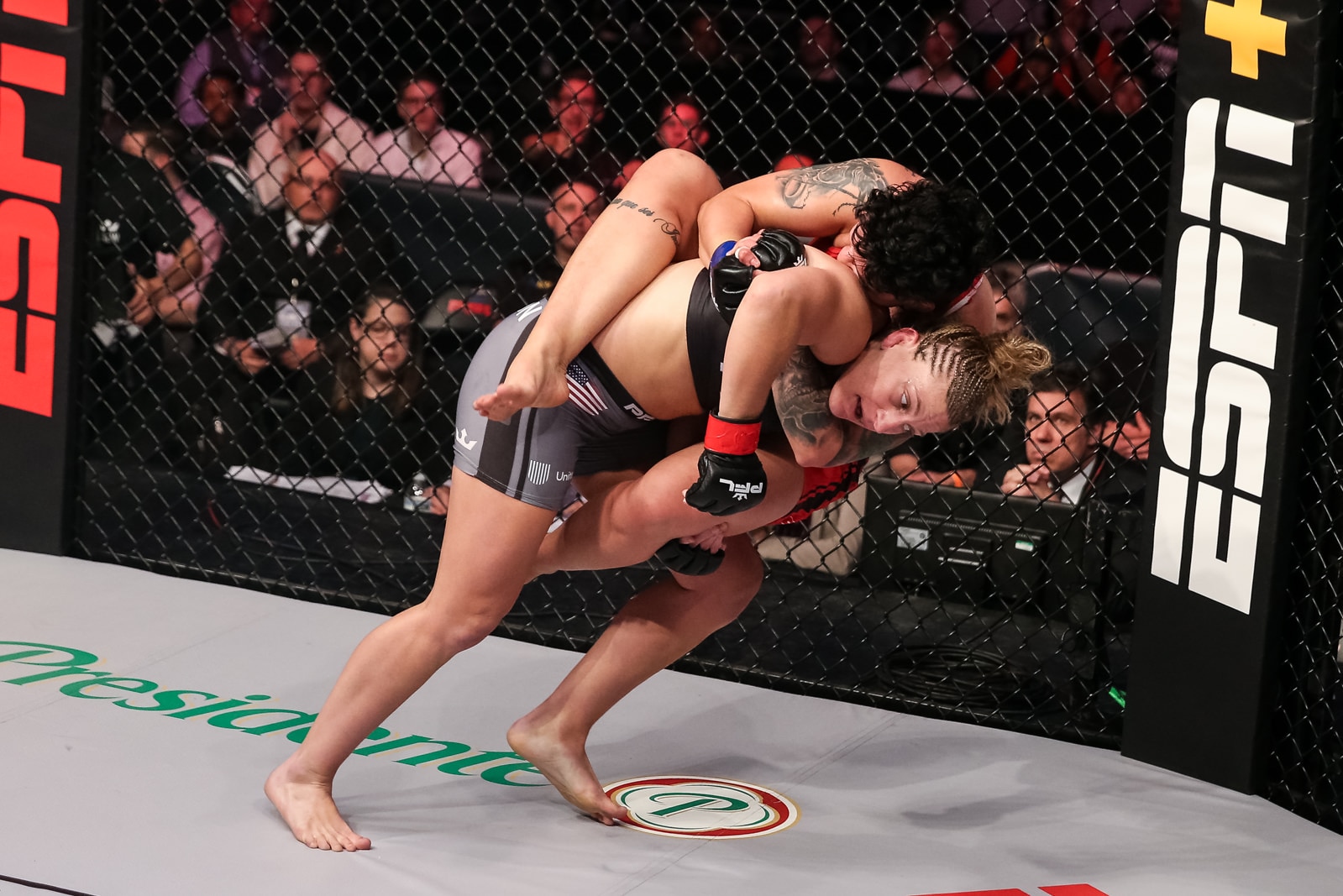 Kayla Harrison dominated Larissa Pacheco in their Professional Fighters League matchup on Thursday night at the Nassau Veterans Memorial Coliseum, but she said she cried afterward because she wanted to produce a spectacular performance, not the unanimous decision she received.

Harrison (4-0), a two-time Olympic gold medalist in judo who recently made the transition to mixed martial arts, went the distance for the first time in her MMA career, winning by scores of 30-25, 30-27 and 30-27. She had earned stoppage victories in her first three fights, including two in the first round.

Harrison said she was disappointed because her goal is to be perfect. She said her desire to grow in the sport is so great that she's not afraid to give her life in the cage.

"If you want to beat me, good luck," she said. "You'd better be willing to die in there."