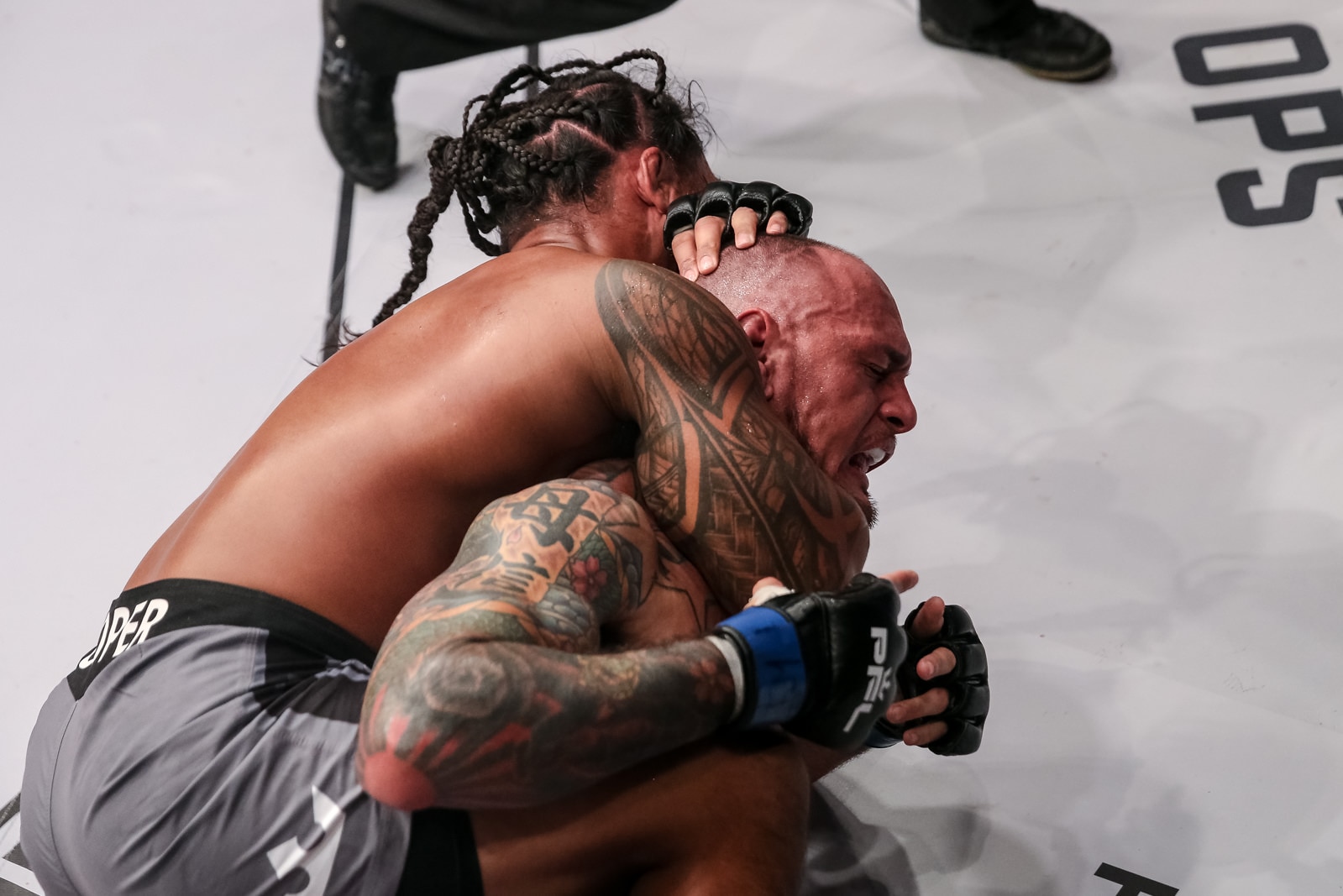 That clearly wasn’t enough time to share their feelings.

Cooper and Kamaka found themselves in each other’s faces with nobody between them shortly before they were supposed to fight, the in-cage official and commission supervisors seemingly oblivious to what was happening for a few moments. Eventually, the referee stepped between them, just as he’d do when Cooper forced Kamaka to submit at 4:29 of the second round to settle the familial bad blood.

“This fight didn’t have to happen, but it’s over and I’m moving on,” Cooper said. “I wanted to end this fight early, would’ve preferred to get the job done in one, but I’ll take the five points and get ready for the next fight.”