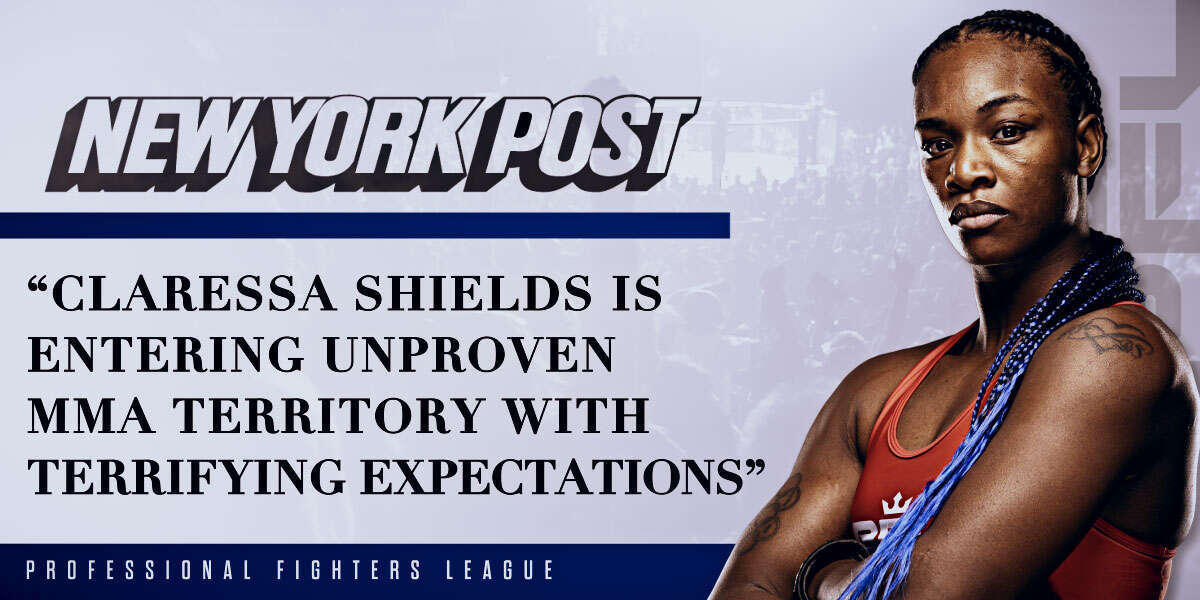 Claressa Shields knows the pressure, the nerves that come before a fight.

Winning a pair of Olympic gold medals in boxing will do that. Ditto for becoming a three weight class champion, the undisputed middleweight and light middleweight title holder and, quite likely, the greatest woman in boxing history — the self-dubbed greatest woman of all time a.k.a. GWOAT. All by age 26, no less.

With credentials such as hers come great expectations ahead of her mixed martial arts debut, crossing over into a sport she only formally began training for half a year ago. As the headliner against unheralded Brittney Elkin for Thursday’s PFL 4 event at Ocean Casino Resort in Atlantic City, N.J., which will air on ESPN2, she understands why so many expect big things from her. But she doesn’t feel the need to go out there and get a highlight-reel win. A 1-0 MMA mark once she leaves the Jersey Shore will do just fine.

“I made a decision early on, when I decided to do MMA, I wouldn’t put pressure on myself like I do in boxing because it’s so new,” Shields recently told The Post via Zoom. “And I know everybody’s expecting me to go out there and, I don’t know, be this super spectacular MMA fighter, but that is not possible. I think right now, for myself, it’s just getting my first ‘W’ and then moving forward from there.”