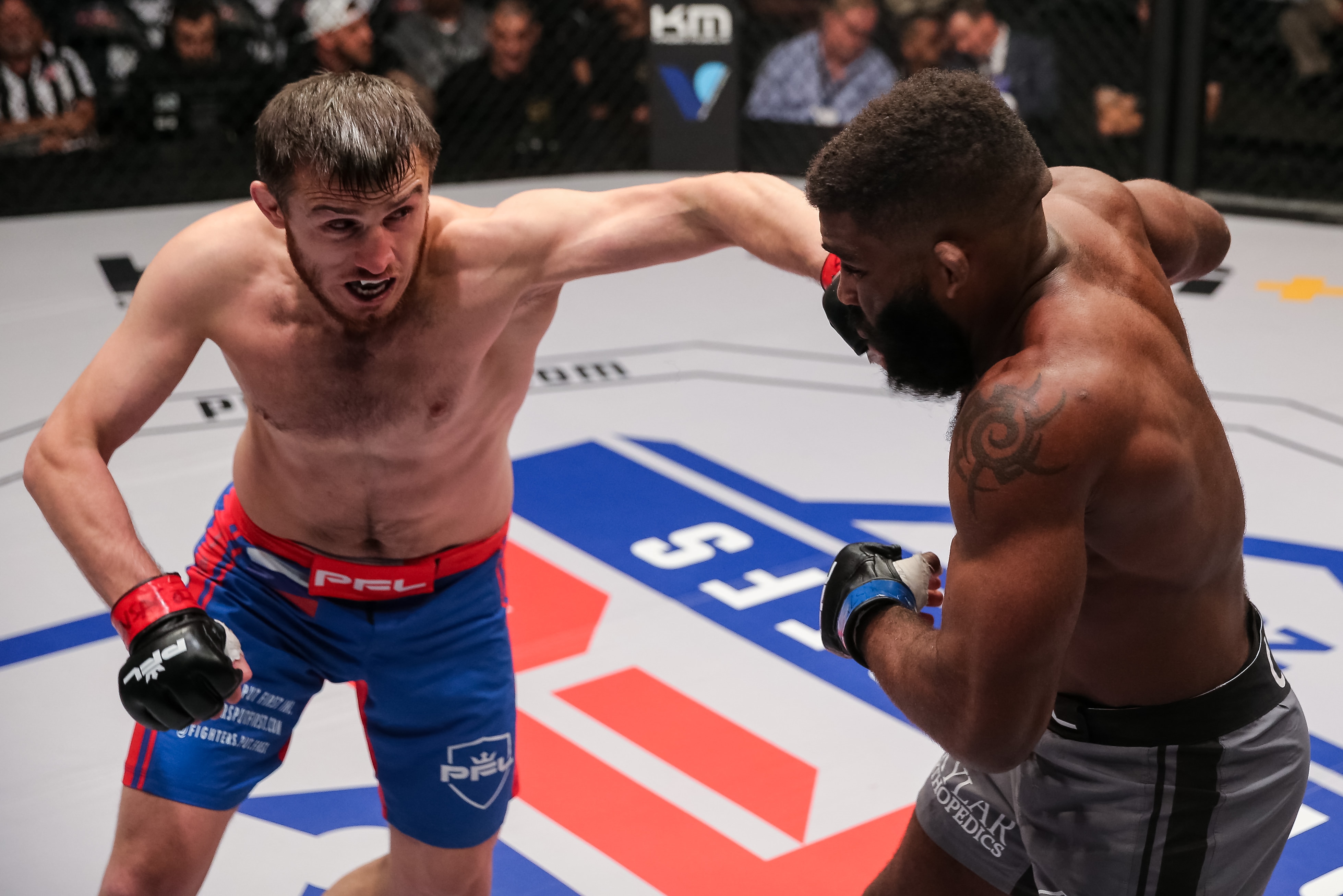 Behind The Scenes at PFL Playoffs

Chris Curtis was in the buffet line at 8:17 p.m. PT. In his hand, he held a clear, oddly shaped plastic plate with a serving of chicken and waffles and a half-eaten double-chocolate cookie.

About 45 minutes earlier, Curtis had lost a unanimous decision to Magomed Magomedkerimov, a defeat that, by all appearances, eliminated Curtis from the PFL's welterweight playoff bracket. After that loss Curtis set his gloves down on the mat, the telltale sign that a fighter's career is over. He then posted a message on Instagram that confirmed his retirement from the sport after a few moments of shedding tears with his face in his open palms.