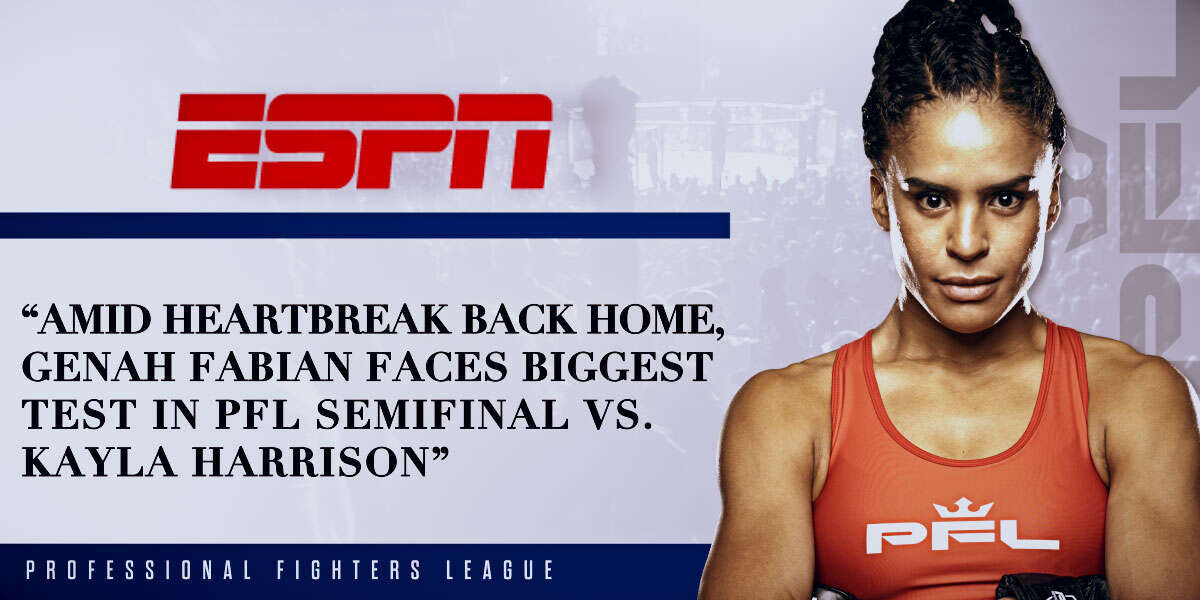 Genah Fabian's phone rang the night of May 23. It was a video call from Carlos Ulberg, her teammate at City Kickboxing in New Zealand.

For nearly a week, Fabian had been distraught. Fau Vake, another teammate, was clinging to life in a Wellington hospital after being brutally assaulted six days earlier in downtown Auckland. Fabian was in Las Vegas preparing for her second fight of the Professional Fighters League (PFL) regular season, unable to return home.