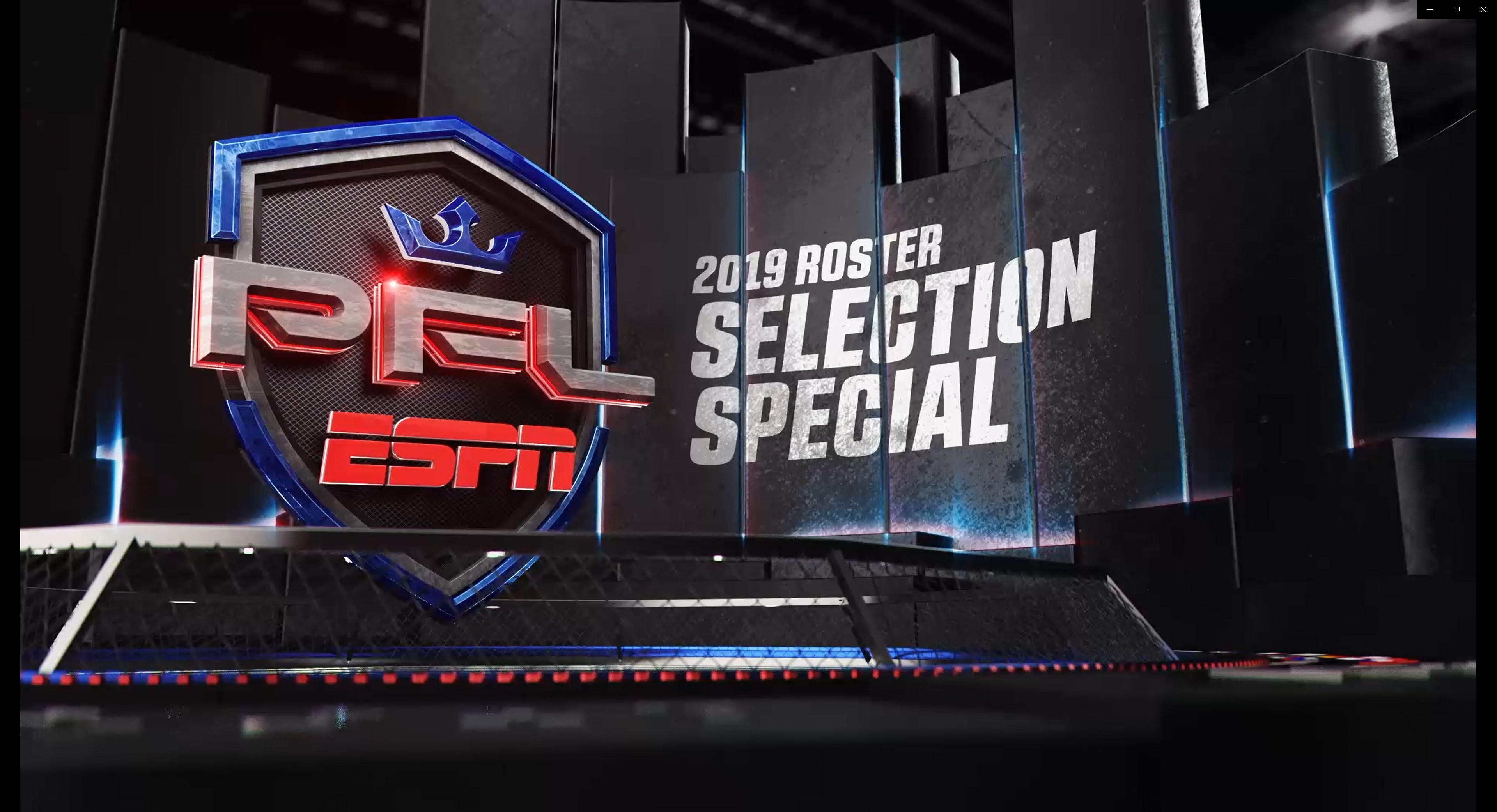 PFL 2019 Season Premieres May 9 on ESPN2, ESPN+ and ESPN Deportes

“PFL Best of 2018: Through the Eyes of the Champions” Trailer

The Professional Fighters League today launched its “Changing the Game” campaign ahead of the MMA league’s highly anticipated Thursday Night, May 9 debut on ESPN2, ESPN+ and ESPN Deportes. PFL Original Productions kickstarts the campaign with two, one-hour specials premiering tonight on ESPN2. “PFL Best of 2018: Through the Eyes of the Champions” airs at 10:30pm ET and is sponsored by Air Force Reserve. 2019 PFL Roster “The Selection” follows at 11:30pm ET and is sponsored by Presidente, the “Official Beer of the PFL.”

“PFL is changing the game, and we’re excited to bring that to life this 2019 season through premium content created by PFL Original Productions,” said Peter Murray, CEO of the PFL. “With our sport-season format, winning is the deciding factor for success. Six 2018 champions earned their titles and million-dollar prizes. This season, new and returning world-class fighters are looking to do the same, and tonight’s original programing highlights those stories.”

“PFL Best of 2018: Through the Eyes of the Champions” highlights the biggest moments and best stories from the inaugural 2018 PFL season, through the eyes of three of last season’s champions: Lance Palmer (featherweight), Louis Taylor (middleweight) and Sean O’Connell (light heavyweight). The three fighters take fans inside their journey to the PFL crown and $1 million.

“The Selection” offers a behind-the-scenes look into the highly competitive selection process for the 2019 PFL roster, which features top fighters from 14 countries around the world. PFL President of Fighter Operations, Ray Sefo, unveils the new challengers and returning champions and contenders who will compete for a world title and $1 million this season.

“As we approach our first PFL event, it’s important that we highlight the league’s innovative format and the roster of top fighting talent from around the world,” said Matt Kenny, vice president, programming and acquisitions, ESPN. “We are storytellers at heart and look forward to showcasing compelling content throughout the season that captures the journey of these fighters as they battle through a regular season, playoffs and championship.”

All ten PFL events, including PFL 1, PFL 2 and PFL 3, will air across ESPN2, ESPN Deportes, and ESPN+, — the leading multi-sport streaming service. During the six Regular Season events, up to three hours of exclusive live action will stream on ESPN+ and up to two hours of exclusive live action will air on ESPN2 and ESPN Deportes. ESPN+ will also stream a Pre- and Post-Show each PFL event night.

The Professional Fighters League (PFL) presents MMA for the first time in the sport-season format where individual fighters control their own destiny, competing in a regular season, playoffs, and championship.  PFL’s differentiated format and exciting fights sparked breakout growth for the league. PFL events are Thursday nights primetime live on ESPN2 and ESPN+.

PFL is backed by an investor group of sports, media, entertainment, and business titans.  Watch PFL live Thursday nights in the U.S. on ESPN2, ESPN+, ESPN Deportes. PFL is also available in 130 countries around the world with leading local broadcasters.

ESPN+ is the multi-sport, direct-to-consumer video service from The Walt Disney Company’s Direct-to-Consumer and International (DTCI) segment and ESPN. It reached 2 million subscribers in less than a year and offers fans thousands of live events, on-demand content and original programming not available on ESPN’s linear TV or digital networks, along with premium editorial content.

Programming on ESPN+ includes hundreds of MLB and NHL games, exclusive UFC, Top Rank boxing and PFL fights and events, top domestic and international soccer (Serie A, MLS, FA Cup, UEFA Nations League, EFL Championship, EFL Carabao Cup, Eredivisie, and more), thousands of college sports events (including football, basketball and other sports), Grand Slam tennis, international and domestic rugby and cricket, new and exclusive series, acclaimed studio shows and the full library of ESPN’s award-winning 30 for 30 films. Fans can subscribe to ESPN+ for just $4.99 a month (or $49.99 per year) and can cancel at any time.

ESPN+ is available as an integrated part of the ESPN App (on mobile and connected devices) and ESPN.com, the industry-leading all-in-one digital sports platform, delivering a rich, personalized experience to tens of millions of fans every month.