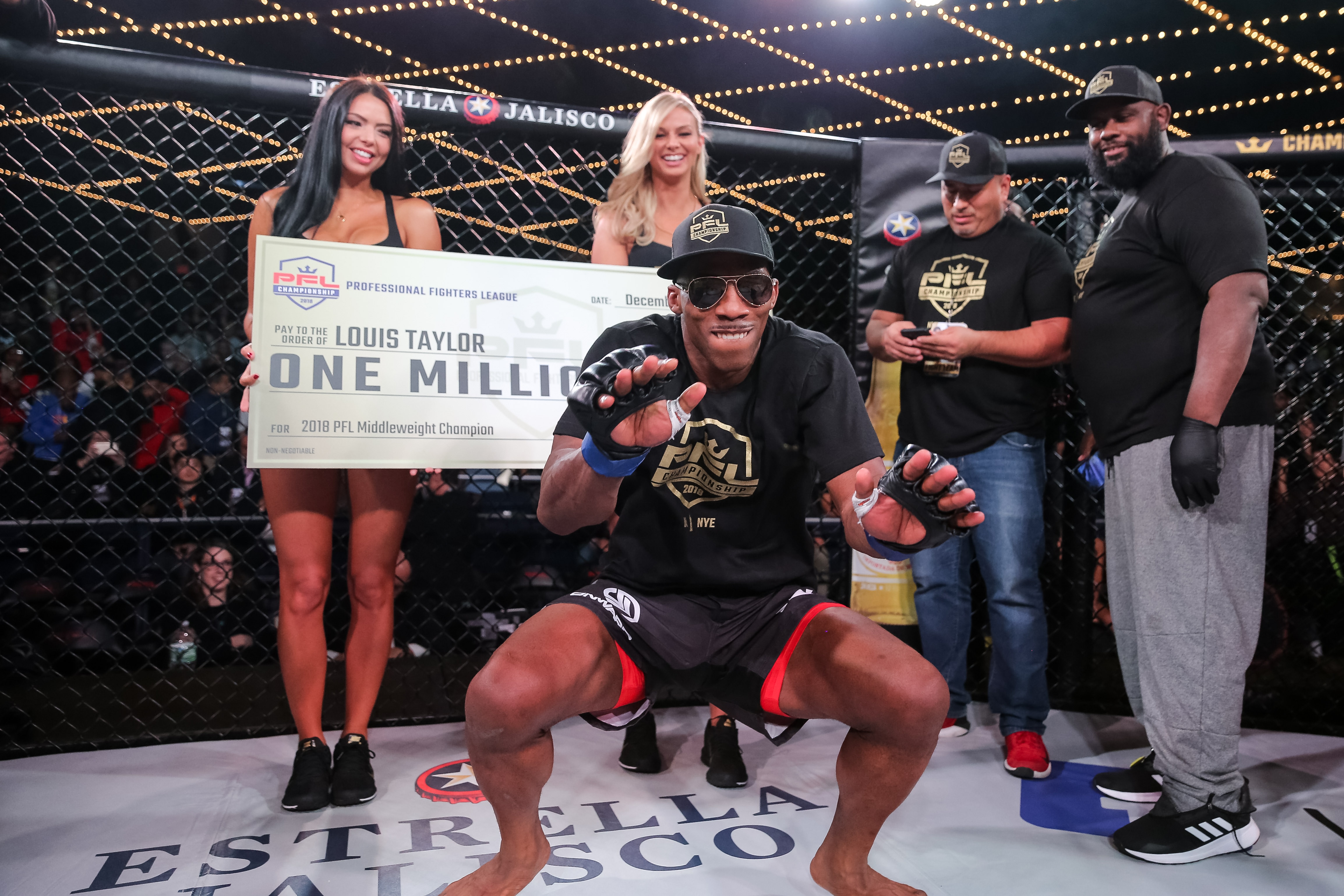 Louis Taylor had a better New Year's Eve than you did.

Even though he had to go to work while you maybe went to a party, Taylor was the one who ended the night in the most joyful of celebrations. He was on the job for barely half a minute, and his take-home pay was $1 million.

Taylor became the middleweight champion of the Professional Fighters League's first season on Dec. 31, knocking out Abus Magomedov in just 33 seconds at the finale in New York to become one of six divisional champs to earn a seven-figure prize.