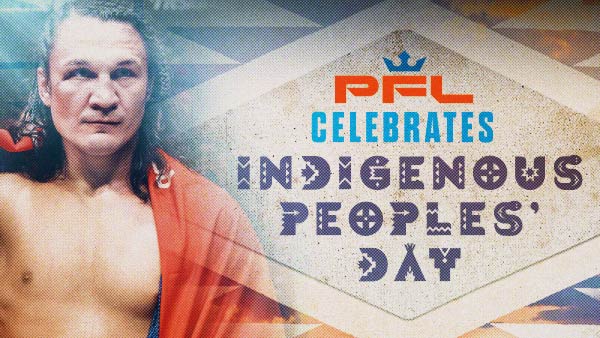 ORIGIN
Indigenous people’s first proposed the day during a 1977 United Nations Conference on discrimination against them, but it wasn't until 1989 that South Dakota became the first state to switch Columbus Day to Native Americans' Day, celebrating it for the first time in 1990.

WHY REPLACE COLUMBUS DAY?
The image of Christopher Columbus as an intrepid hero has also been called into question. Upon arriving in the Bahamas, the explorer and his men forced the native peoples they found there into slavery. Later, while serving as the governor of Hispaniola, he allegedly imposed barbaric forms of punishment, including torture.

Pre-Columbus America was astonishing. There were flourishing civilizations with astonishing cities. Many of them with the agriculture and infrastructure to support the thousands who lived within them. There were advanced irrigation systems, strong communities, government, and writing. There was astounding art, masterful music, and immersive spiritual traditions.

When Europeans came to America in the 15th century, they became characters in a story that began thousands of years before them. Then the story reached a dark climax. They brought with them disease and the depths of human depravity. Determined to destroy in a monstrous hunger for gold and power. When invaders wreak havoc the history of the people invaded rarely survives intact.

When the Europeans arrived, carrying germs that thrived in dense, semi-urban populations, the indigenous people of the Americas were effectively doomed. They had never experienced smallpox, measles, or flu before, and the viruses tore through the continent, killing an estimated 90% of Native Americans.

From the time Europeans arrived on American shores, the frontier—the edge territory between white man’s civilization and the untamed natural world—became a shared space of vast, clashing differences that led the U.S. government to authorize over 1,500 wars, attacks and raids on Indians, the most of any country in the world against its indigenous people. By the close of the Indian Wars in the late 19th century, fewer than 238,000 indigenous people remained, a sharp decline from the estimated 5 million to 15 million living in North America when Columbus arrived in 1492.

In many Latin American nations, the anniversary of Columbus’ landing has traditionally been observed as the D.a de la Raza (“Day of the Race”), a celebration of Hispanic culture’s diverse roots. In 2002, Venezuela renamed the holiday D.a de la Resistencia Ind.gena (“Day of Indigenous Resistance”) to recognize native peoples and their experience.

Today, there are currently 573 federally recognized Nations (variously called tribes, nations, bands, pueblos, communities and native villages) in America. There are over 5.2 million Native Americans in the United States, 78% of whom live outside reservations. There are approximately 326 land areas in the U.S. administered as federal Indian reservations (i.e., reservations, pueblos, rancherias, missions, villages, communities, etc.). Approximately 56.2 million acres are held in trust by the United States for various Indian tribes and individuals. The largest is the 16 million-acre Navajo Nation Reservation located in Arizona, New Mexico, and Utah.

HOW TO CELEBRATE
Educate yourself! Take time to learn the history and accomplishments of Native Americans throughout the country and locally in your home state. Attend community celebrations for the day, while safely socially distancing. If you are able, donate to Native organizations to fight to protect both human and environmental rights of Indigenous people. Support indigenous-owned small businesses. Actively disavow Columbus Day by helping your state recognize Indigenous Peoples' Day if they have not already done so.

CURRENT ISSUES FACING NATIVE AMERICANS TODAY:
“On Indian Land, Criminals Can Get Away With Almost Anything”
“In 1978, the Supreme Court case Oliphant v. Suquamish stripped tribes of the right to arrest and prosecute non-Indians who commit crimes on Indian land.” “Basically,” a mechanic told me, “you can do anything short of killing somebody.”

The term “Native American” came into broad usage in the 1970's as an alternative to “American Indian.” Since that time, however, it has been gradually expanded within the public lexicon to include all Native peoples of the United States and its trust territories, i.e., American Indians, Alaska Natives, Native Hawaiians, Chamorros, and American Samoans, as well as persons from Canada First Nations and indigenous communities in Mexico and Central and South America who are U.S. residents.

NATIVE AMERICANS + SPORTS:
Did you know that lacrosse was started by Native Americans and was observed in the 17th century by European settlers?

NATIVE AMERICAN HAND TO HAND FIGHTING STYLES:
Chulukua-ryu: Chulukua-ryu is the first Native American martial arts system accredited by the International Society of Black Belts. It includes elements of the fighting styles of more than 175 Native American tribes, which were passed down to it’s founder by tribal elders and representatives.

Okichitaw: A combination of First Nations fighting styles and modern-day martial arts teaching systems on the surface, but underneath it's so much more. This fighting style is much more straightforward and focused on attack than many traditional martial arts, which tend to emphasize fluidity.

INDIGENOUS AMERICAN ATHLETES IN THE PFL:
David Michaud - Michaud grew up in the small South Dakota town of Pine Ridge as a part of the Oglala Lakota tribe, something he takes great pride in. “It's what made me. It's what made me who I am today. And I feel like I have a lot to give back too. I feel like I need to give back a lot because I've been given so much.” Michaud grew up wrestling with his dad as his coach, before going on to become a two-sport athlete for South Dakota State University, playing football (fullback) and wrestling.

In the cage, Michaud has been an action-packed fighter to watch. 14 of his 18 wins came by stoppage, including 9 knockouts. He fought 3 times for the UFC, going 1-2 against tough competition. The “Bulldawg” owns two bulldogs. Michaud has a fear of flying, so he drives from Phoenix (MMA Lab, where he conducts his camps) to all of his fights. Michaud holds 14 stoppage wins to his name, 9 of which came by KO. He was the runner up on the 2019 WW division.

Ray Cooper III - Cooper hails from Oahu, where he was a Hawaiian state champion wrestler in high school. He’s the son of a former MMA fighter, Ray Cooper Jr., and he trains in his family’s home gym with his father and his brothers, including Blake and Makoa Cooper, both undefeated in their young careers.

Cooper now goes by his father’s fight nickname: “Bradda”. Cooper and his wife Kelly have five kids, having had twins shortly after winning the 2019 WW championship. Cooper's 20 career wins came by stoppage.

Watch the full fight: David Michaud vs Ray Cooper in the 2019 PFL Championship

KEEP LEARNING + CELEBRATING NATIVE AMERICAN CULTURE:
November is Native American Heritage Month, or as it is commonly referred to, American Indian and Alaska Native Heritage Month. The month is a time to celebrate rich and diverse cultures, traditions, and histories and to acknowledge the important contributions of Native people.