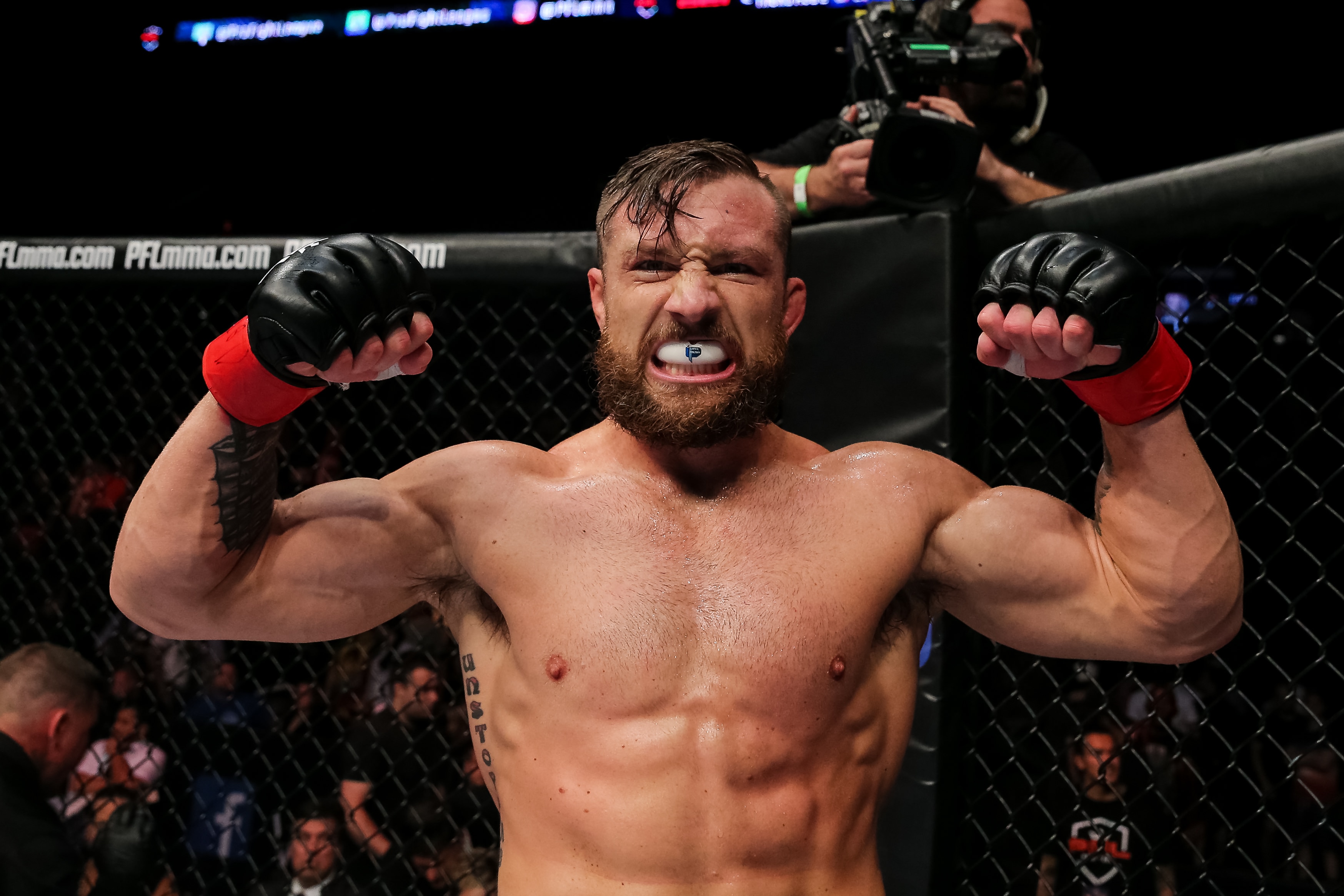 Lance Palmer cruised through the 2018 regular season, beating both of his opponents, Bekbulat Magomedov and Jumabieke Tuerxun, by submission to claim the #2 seed. His 2nd round rear-naked choke submission of Magomedov marked the first time that the Russian had ever been stopped. The win against Tuerxun showed Palmer's persistence, as he secured the rear-naked choke with just 26 seconds left.

In the playoffs, Palmer cruised past "Mad Max" Coga in the quarterfinals to set up a rematch with the undefeated Andre Harrison. Harrison had beat Palmer one year earlier in a WSOF title match by unanimous decision. This time it was Palmer who came out on top by decision, as he handed Harrison the first loss of his career and book a spot in the $1 million Championship.

-Palmer received a full scholarship to Ohio State University, where he competed from 2006-2010 at 149 lbs.
-4-time All-American, Big-Ten Conference champion and NCAA runner-up during his senior year

-UFC fighter Urijah Faber first introduced him to MMA. Palmer’s connection to the sport was instantaneous. “This is what I was meant to do,” he said. “This is what I was bred for.”
-Palmer made his professional debut in 2011, winning his first 7 fights
-Lost his WSOF debut, a contest for the vacant featherweight title, to Georgi Karakhanyan (December 2013)
-Bounced back to defeat Nick LoBosco (June 2014) and Rick Glenn via choking submissions (December 2014)
-Fight with Glenn earned him WSOF Featherweight belt and stands out as a career highlight: “It was because I put everything together. He’s mainly a striker who’s a really tough guy and he was on a 13-fight win streak. I went out there and I worked all the striking that I’ve been working for that camp and everything just worked out well for that and it was a great experience for me to go out and open up and show all my striking. And then it set up all my take downs and I was able to get a finish on the ground.”
-Defended his title against Chris Horodecki in June 2015 before losing to fellow PFL featherweight Alexandre Almeida via unanimous decision in December 2015
-Seven months later, Palmer and Almeida met again at WSOF 32, where Palmer was able to successfully reclaim his title in a 5-round unanimous decision win. “It was a completely different fight,” Palmer said. “The first fight I had taken him down a bunch of times in the fight. The second time I only took him down once or twice but I worked a lot on my feet with my striking and landed more strikes than him and was more active than him, kind of controlled the cage a little better.”
-Palmer lost the belt to Andre Harrison via unanimous decision in his next fight (March 2017).

-“I really didn’t know anything besides wrestling, where a lot of younger guys now are training everything at a young age,” Palmer said of his early career. “It was cool to be able to learn the jiu jitsu game and add it to my wrestling style… learn boxing to be able to get in close and use my takedowns, and the kickboxing and everything else.”
-Palmer recalls grappling and jiu jitsu intuitively making sense with his wrestling background when he began training, while boxing and striking were more challenging skills to master that he’s been pleased to see improve.
-While his training still plays to his wrestling strengths, gym sessions are designed to simulate competition: “If it’s a striking based practice we still use our takedowns and our ground game because it’s MMA. Even if you’re working on one area you should always be trying to sharpen everything together.”
-On similarities with wrestling: “I think it’s the relationship between MMA and wrestling of the intensity and the one-on-one competition. Wrestling is if you want my spot on the team you have to beat me for it or I have to beat you for it. If you want to win this tournament you have to beat all these guys"