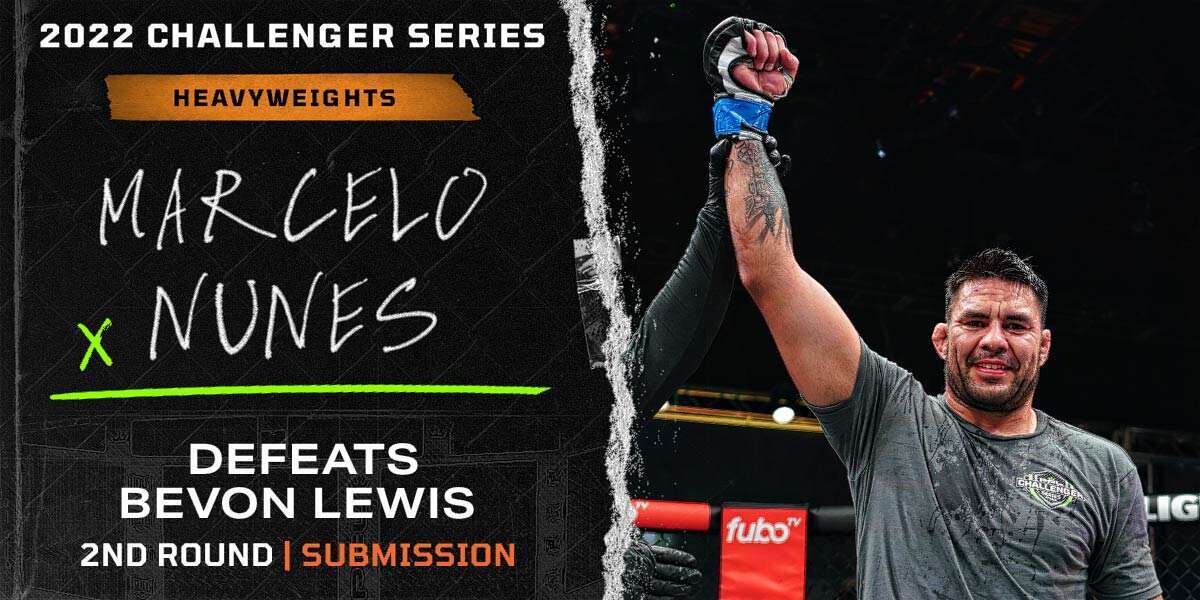 None of the three fights before you made it to the third round. That means if one of you wants to take home the PFL contract, you’re almost certainly going to need a finish –– and an impressive one.

Did I say “no pressure”? Because there’s actually a lot of pressure.

Lewis, a former UFC middleweight, is no stranger to the big stage. But he’s entering uncharted territory here, competing as a heavyweight for the first time after 10 fights at 185.

Similarly, Nunes competed at middleweight before transitioning to heavyweight in 2020, where he’s gone 2-0 with two finishes inside the CFFC cage.

Let’s see how this one goes.

Nunes defends nicely and avoids punishment, and they clinch against the cage. Lewis initiates a takedown, and Nunes is happy to let it happen and settle into guard –– not unexpected from a Brazilian jiu-jitsu black belt and 2018 Masters world champ. We’ll see what he can do here.

So far, so good for Lewis. He’s landing some nice ground-and-pound and avoiding any submissions or sweeps from Nunes. Lewis postures now and throws some bombs, getting Nunes’ attention.

Nunes survives the onslaught there, and they’re back to their feet, pressed against the cage once again. More work from the clinch here.

Nunes drops for a leg but whiffs, and now he’s back playing guard with Lewis firing away from the top once more. The round ends there.

Nunes out quickly here to look for the takedown, and Lewis counters beautifully with a lateral drop. My goodness. That was gorgeous, and he passes immediately to side control –– and now moves to mount. That was wild. Nunes bumps and gives up his back, initiating a scramble.

And now he reverses, settling into Lewis’ half guard. There it was. There’s the lifetime of jiu-jitsu paying off for him.

Methodical. There it is.

Nunes started slowly no doubt, but once he had his moment, he didn’t let go –– until Lewis tapped out, of course.

Marcelo Nunes gets the W in the 2nd round via Arm Triangle Choke!#PFLonFuboTV pic.twitter.com/yhu3Xl7mXI