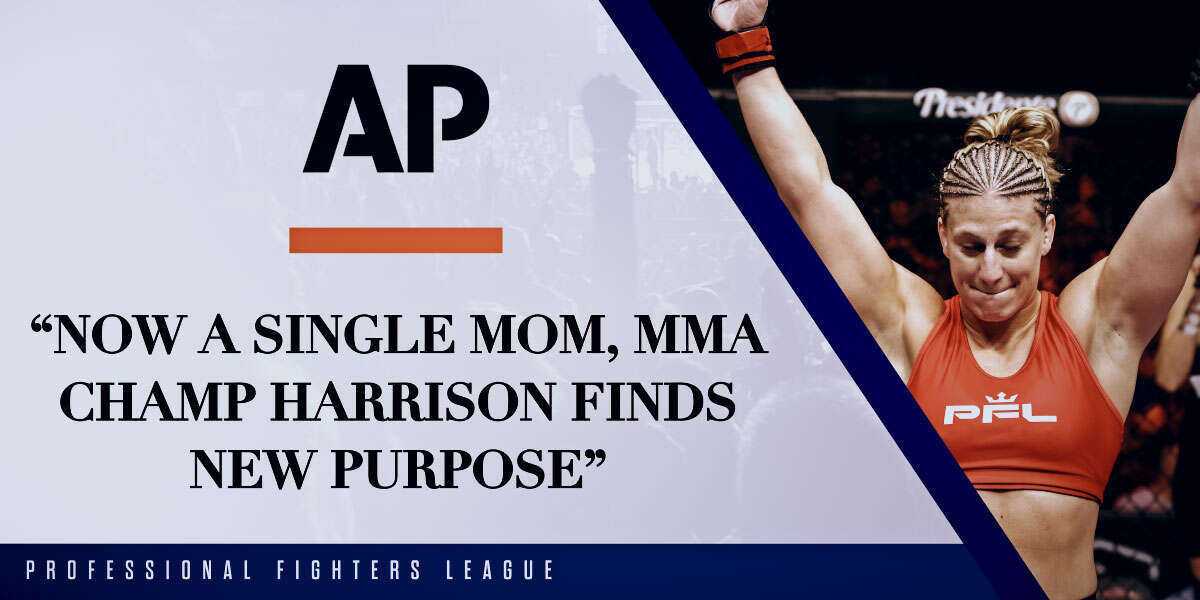 Kayla Harrison posted a photo on Instagram in April of her bloody Allen Iverson-esque stepover of a defeated opponent from last year. Both MMA fighters and the canvas splashed in crimson, Harrison disposed of another victim on her march toward an undefeated record.

The photo epitomized what Harrison was born to do — prove she’s a champion at the highest level, from the Olympics to the cage, leaving only destruction in her wake.

Her next photo three days later is of two small children, laughing, mugging for the camera, and, with each day, giving Harrison all the peace she’s ever wanted in her 30 years.

“I’m trying to be the baddest woman on the planet,” Harrison said, “but now I’m changing 15 diapers a day.”