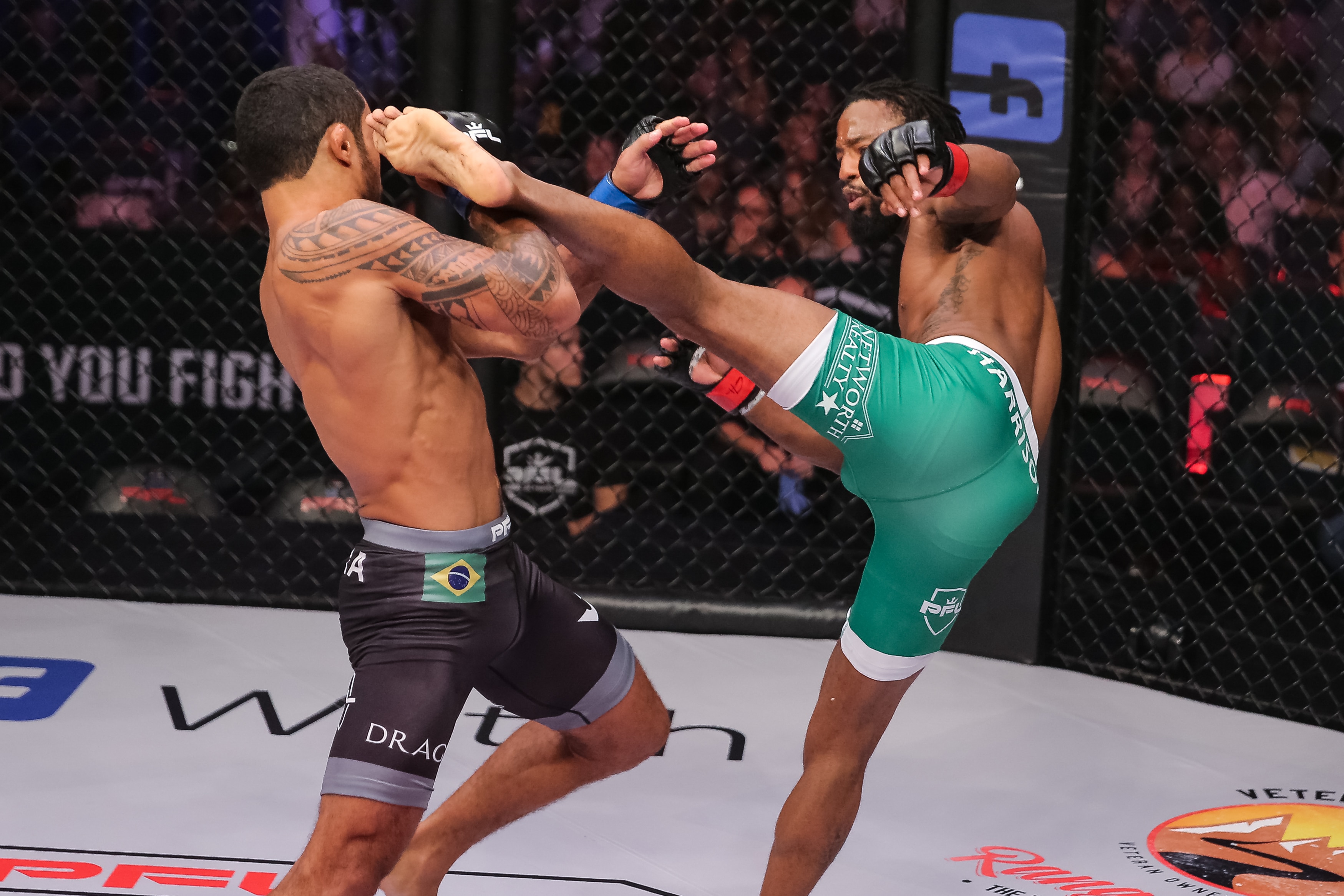 NEWS | Fighter Andre Harrison Has a Score to Settle

Mixed martial arts has grown rapidly in popularity in the United States, and fighters come from a variety of disciplines. One fighter was undefeated until last year, and now he’s looking for payback.

Andre Harrison of Valley Stream, New York first became interested in the martial arts when he began wrestling in the seventh grade.

He continued to wrestle through college, and developed an interest in mixed martial arts during his junior year. In November 2012, Harrison turned pro at age 22.

After wrestling, Harrison took an interest in kickboxing. Nevertheless, it’s his wrestling background that helped him transition into mixed martial arts to contend with the physical and psychological challenges of the sport.

“I think the mindset that you have to have in order to make it through a wrestling season is a tough mindset. You’ve got a lot of bumps, a lot of bruises, and injuries that you have to deal with. It’s tough,” Harrison told The Epoch Times.